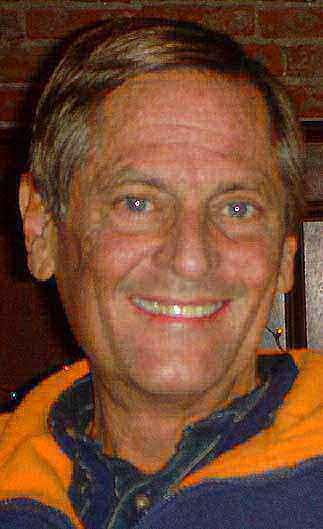 Michael Joseph O'Malley, 55, passed away Dec. 8, 2008. Survived by his daughters, Claire (Aaron Shisler) O'Malley of Houston, Texas and Tarah O'Malley of Denver; mother, Clyde Schauer of Burlingame, Calif.; sisters, Darren (Dennis) Carmassi of Menlo Park, Calif., Courtney (Michael) Selfridge of Hillsborough, Calif. and Susan (Kent) Barnes of Reno, Nev.; brother, Bob (Sarah) Schauer of Redwood City, Calif.; nieces and nephews, Caraghan, Patrick and Connor Selfridge, Bryn, Avery and Jack Carmassi, Matthew, Meaghan and Timothy Schauer; former spouses, Julie, Tonja and Nona; aunt and uncle, Joseph and Barbara O'Malley of Roseville, Calif.; cousins, Tom O'Malley and Patricia Voorhes; and loyal pet, Sweet Pea. Preceded in death by his father, Edmund Charles O'Malley and stepfather, Robert Schauer. Michael was born July 4, 1953, in San Mateo, Calif. He attended Our Lady of Angels School in Burlingame and graduated from Bellarmine College Preparatory in San Jose. He attended Northern Arizona University and was a member of the ski patrol. Michael served his country in the U.S. Army. He was a fireman from 1980 to 1991 and later became a Captain for the Colorado Department of Corrections. Being Michael was born on the 4th of July, it seemed he celebrated each day as though it was a holiday! He enjoyed his friends and had many of them in California and Colorado. He was an avid golfer and Denver Broncos fan. Services were held in Colorado on Dec. 12, 2008, and a celebration of life ceremony will be held in California this summer. In lieu of food and flowers, memorials may be made to the Michael O'Malley Memorial Fund in care of Montgomery & Steward Funeral Directors, 1317 N. Main St., Pueblo, Colo. 81003. Online condolences, MontgomerySteward.com