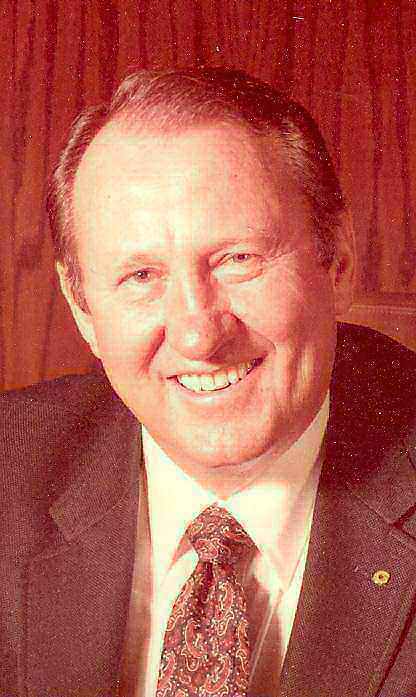 Merle Clair Carpenter was born to Fred and Fern Carpenter on Jan. 3, 1926, near Greeley, Colo. He attended rural grade schools until he went to high school in Greeley. In his third year of high school he joined the U.S. Navy and served on the USS DeHaven for four years, during WWII. After being discharged from the Navy, he went to junior college in Boise, Idaho and received an Associate of Arts degree. He attended music school for four years at CSCE in Greeley. It was at this time that he met and married Marilyn Anderson. During the summer sessions in college, Merle was chosen to sing in the opera held in Central City as one of the vocalists and performers. After music school, Merle had an opportunity to go into the banking business. This appealed to him and he pursued this challenge and eventually became President and CEO of Otero Savings for about 26 years. After he retired, he worked for the Federal Government as an investigator on numerous banking failures. He moved to the mountains where he and Marilyn lived a wonderful life in a large wooded area near San Isabel, Colo. Because of health reasons, he bought land and built a home in Colorado City to be nearer medical assistance. Merle loved music, was an adamant fly fisherman, golfer and sportsman. He spent many airborne hours and was an excellent pilot of his own plane. He and Marilyn had many fine times together. He is survived by his wife; two nephews and one niece. As per his request, there will be no viewing or services. Cremation, Montgomery & Steward Crematorium. Memorials may be made to Sangre de Cristo Hospice through Montgomery & Steward Funeral Directors, 1317 N. Main St., Pueblo, CO 81003. Online condolences, www.montgomerysteward.com