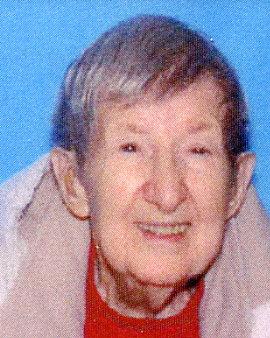 Mary M. Markowski, 97, was born on July 14, 1909, in Scranton, Pennsylvania. Her heart stopped beating at 4:15 a.m. on Feb. 6, 2007. She has one surviving brother, Frank (Helen) Dende of Scranton, Pennsylvania; and numerous nieces and nephews. She was married to Al Markowski (deceased) and lived in Nanticoke, Pennsylvania until she moved to New York City in 1961, to live with her daughter and son-in-law. She traveled to Pueblo, Colo., in 1969, with her daughter, Victoria Markowski and her son-in-law, Frank Cedrone (deceased), Duo-Pianists, where they became Artists in Residence at SCSC, USC and CSU-Pueblo. Mary had two children, Victoria (Rod Townley) of Pueblo and Eugene (Norma) of Apopka, Florida. She had four grandchildren, nine great-grandchildren and seven great-great grandchildren. A celebration of her life service will be held at 1 p.m. Saturday, Feb. 10, 2007, at the Montgomery & Steward Chapel, 1317 N. Main St, Pueblo, Colo., with Pastor John Richardson, Jr. officiating. In lieu of flowers, donations may be made to the American Heart Association through Montgomery & Steward Funeral Directors, 1317 N. Main St., Pueblo, Colo. 81003. Online condolences, www.montgomerysteward.com