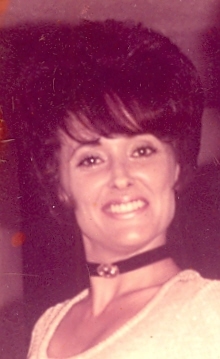 Mary Martha Gentry, 71, of Pueblo, passed away peacefully at home on August 22, 2014. At her request, no services will be held. Mary was born on February 1, 1943, in San Jose, CA to Marian and Clyde Lewis. She married the love of her life, John Franklin Gentry on November 10, 1964, in Pueblo, CO and then again on February 1, 1967, in Laramie, WY. It was love at first sight for both of them. Instantly, John knew she was different from any other and knew he wanted to be with her. They were married for 50 years. As the years passed by, he came to appreciate more and more her native wisdom – something only certain people have. She was an amazing mother, grandmother, great grandmother and friend. She had a passion for visiting with her family and friends whether in person, by phone, texting, or on Facebook. Everyone who knew her would agree she was much younger than her 71 years. She truly had a zest for life and magnetic personality. She is preceded in death by her mother, Marian; sister, Linda; and brothers, Clyde and Alex. She is survived by her husband; three children, Joe (Kathy) from Scottsbluff, NE, Kelly from Pueblo, and Emily (Rick) Trujillo of Casper, WY.; siblings, Kenneth (Sandi) Lewis of Pueblo, George (Mary) Lewis of Snohomish, WA, and Kathie (Walter) Bassett of Beulah, CO; four grandchildren; and nine great grandchildren. In lieu of flowers, donations may be made to Frontier Hospice, 4718 N. Elizabeth St., Suite A, Pueblo, CO 81008. Online condolences, www.montgomerysteward.com