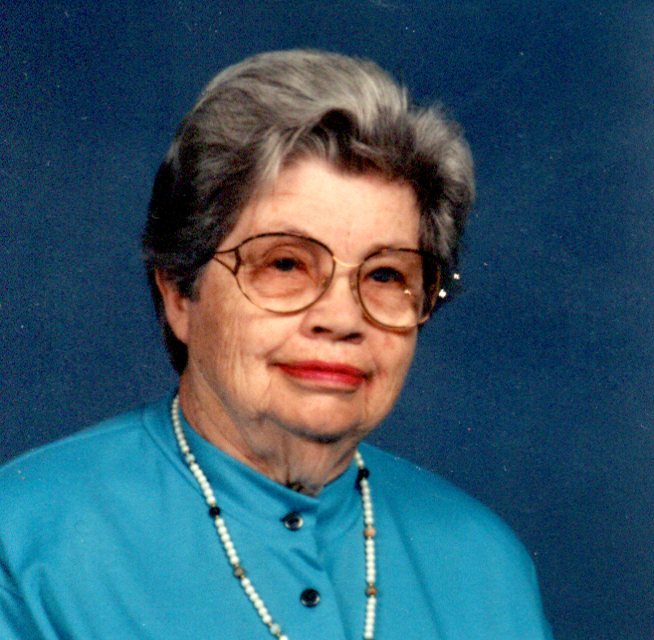 Mary Eleanor Fry, age 94, died November 28, 2015. She had resided at the Villa Pueblo for many years. Eleanor was born September 7, 1921, in Spearville, Kansas, to Horace Luther and Agnes Swartley Fry. She was the oldest of three daughters, Mary Eleanor, Kathryn 'Kasey' Elaine, and Helen Lou. Survivors include her sister, Helen Lou Weins (Richard), two nieces, two nephews, numerous cousins in the Swartley and Fry families, and a host of friends. Eleanor's father owned the Spearville News and this was the start of her journalism career. After graduating from high school in Spearville, Eleanor attended Dodge City Junior College. She received her degree from Kansas University with a major in journalism in 1943. After graduation, she had numerous jobs in Kansas, New Mexico and Wyoming. Then she returned to Spearville to help her ailing father with the newspaper. By 1951, she had a chance to be city editor of the Salida (CO) Mountain Mail a position she held for six years. Eleanor moved to Denver in 1958, for 12 years, doing miscellaneous writing for several publications. In 1970, she accepted a position with the Pueblo Chieftain where she truly enjoyed working. 'These were the best days of my life.' She retired as state editor of the Pueblo Chieftain in 1982. According to Eleanor, she had many worldwide trips. She said she circled the globe twice and visited over 60 countries and all fifty US states. Her autobiography of her trips is extensive. Many of her friends joined her on her journeys. Historical research was her passion, especially that of southeast Colorado. In 1988, Eleanor became president of the Pueblo County Historical Society and served for three years. She was founder of the Pueblo Lore magazine. During her lifetime, she researched and wrote over 250 different articles. One month, the entire magazine was devoted to her research and writings. When one would talk with her, she would always tell an historical tidbit that she had just learned. A funeral service will be held, Friday, December 11, 2015, at the Ascension Episcopal Church, 420 W. 18th Street, Pueblo at 2:00 PM. Her ashes will be interred in the Ascension Episcopal Church Columbarium following the service. Memorial contributions may be made in her name to the Pueblo County Historical Society, 203 West B Street, Pueblo, CO 81003. Online condolences, www.montgomerysteward.com