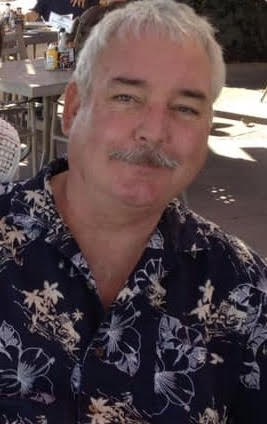 Mark Edward Heine was born August 15, 1959, in West St. Paul, Minn. to Dr. Clarence and LaVerne Heine. He joined older siblings, Paul, Thomas and Julie. The following years would bring moves to Bismarck, N.D. (where little sister Suzanne would be born), Ann Arbor, Mich. and Fergus Falls, Minn. During his high school years in Fergus Falls, Mark played trombone and helped form and play bass guitar in two bands named Hailstone and Icarus. In subsequent years, he lived for a brief time in New Jersey and Denver, where he again played bass guitar for two bands named Britannia and Therapy. From Denver, Mark moved to San Luis Obispo, Calif. where he completed a civil engineering degree from Cal. Poly Tech. and secured his professional engineering license from California. While working in San Diego, he married and moved to Colorado Springs, Colo. where he gained Colorado licensure, worked as a professional civil engineer and welcomed two sons, Erik and Michael. Mark worked for several firms in Colorado and North Dakota on many urban projects, donated his professional services to St. Gabriel Catholic Church, and moonlighted with a rock and blues band. Music infused Mark's life and was his constant companion. He was an avid year round fisherman and a loyal Vikings football fan. A kind and generous soul, Mark generously shared all he had with those he loved and cared about and those who had less than he had. Many will remember him for spontaneous acts of kindness and musical contributions to many church groups. Mark left for Heaven on July 2, 2019, in Colorado Springs, Colo. He is preceded in death by his father; and nephew, Nick Heine. He is survived by his mother, LaVerne; sons, Erik and Michael; loving companion, Judy Dempsey; sisters, Julie (Mike) Lewis and Suzanne Kennedy-Ballon (Felipe); brothers, Paul (Nancy) and Thomas (Mary Ann); nine nieces and nephew; and his faithful canine buddy, Jaegermeister. In lieu of flowers, donations to Catholic Charities of the Diocese of Pueblo, 429 W. 10th Street, Pueblo, CO 81003, would be welcomed. Mark will always be loved, never forgotten, and always in our thoughts, prayers and cherished memories.