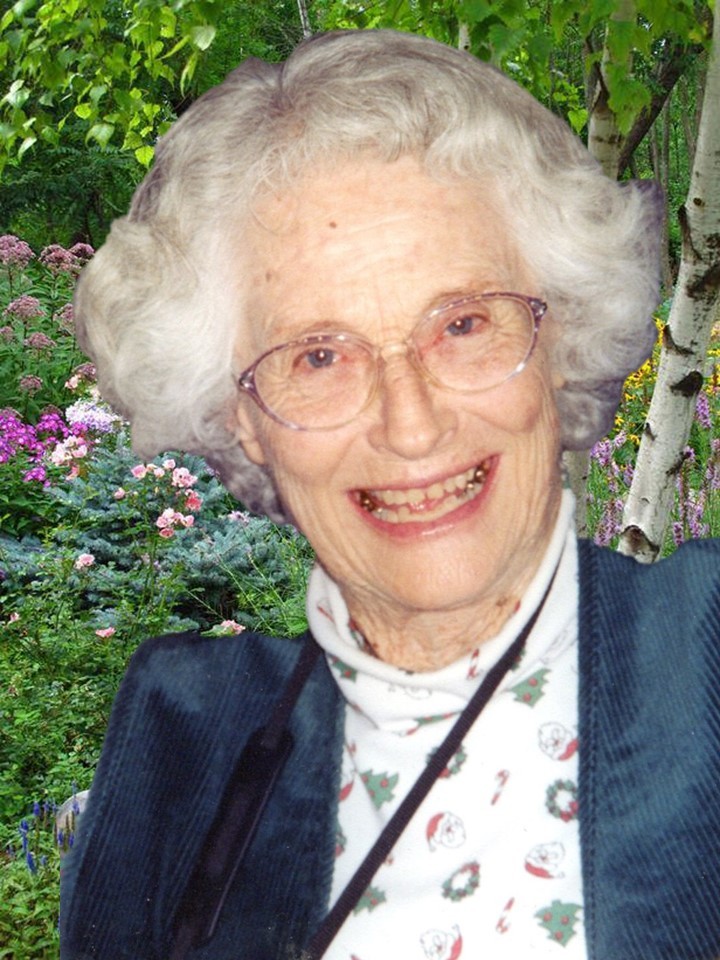 Marilyn McCabe Gower, 90, passed away on Nov. 15, 2015. She was a Pueblo native born on June 9, 1925, the first daughter of Kenneth and Priscilla McCabe, and a proud and active alumni of Centennial class of '43. She went on to CU and graduated in 1946, having been a member of Kappa Kappa Gamma. She married Ansel, her Centennial 'steady,' shortly after he was released from the Army and then worked in Boulder at Western States Cutlery. When they returned to Pueblo she worked for the CFI Insurance Department until 1951, when she contracted polio. Marilyn was a devoted and uncomplaining mother of three children, as well as a member of several community organizations. These included the Church of Ascension, PEO, Wednesday Morning Club, Service League, CU, and KKG alumnae groups, Republican primary caucuses and PCC where she was the swim team 'mother in charge' of carpooling and team management. Caring for her yard and flowers was her favorite relaxation, followed by reading, knitting and support of the Arts as well as many charitable organizations. She is survived by her husband of 69 years and their daughters, Margaret Ellen (Mike) Hurley of Colorado Springs, and Ann (Harvey) Pinkelman of Centennial, and son, Bill Gower of Pueblo. Surviving grandchildren are Sara Morton (Alex Millkey) and Jesse Morton (Brittany) of Portland, Oregon, Tyson Hurley, Castle Rock, and Ben, Kaitlyn, Liam, and Emma Pinkelman of Centennial. Also surviving are three great grandchildren, her sister Martha Elliott of Denver, brother-in-law Bill Hatton of Los Angeles and sister-in-law Linda McCabe of Pueblo. She was preceded in death by her parents; sister, Priscilla (June) Hatton; and brother, Kenneth W. McCabe. Private family interment prior to the memorial service. Service, 1:30 p.m. Friday, Nov. 20, 2015, at Church of the Ascension followed by a reception in the church's reception hall. In lieu of flowers, donations should be made to either Frontier Hospice or Church of the Ascension through Montgomery & Steward Funeral Directors, 1317 N. Main St., Pueblo, CO 81003. Online condolences, www.montgomerysteward.com