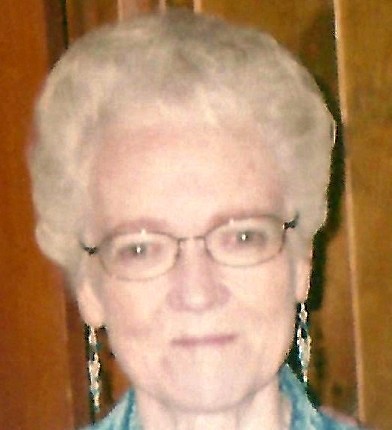 Marilyn Kay Mitchell, 77, of Pueblo, passed away at home on June 3, 2014.Marilyn was born on October 16, 1936, to Niels Oscar and Ursula Lasson of Birdseye, Utah. She was the youngest of five children, grew-up on the family ranch, and attended Spanish Fork High School. Marilyn had known Ernest Lynn Mitchell since childhood; they were married December 3, 1953. They had four sons: Bradly Lynn, Steven Troy, and twins David Wayne and Phillip Shane. Marilyn lived in several rural communities and ranger stations throughout the west and northwest as she followed Ernest's career with the U.S. Forest Service, and eventually settled in Anchorage, Alaska, where she was the longtime receptionist and cashier for Nye, Toyota. Marilyn and Ernest retired to Pueblo, Colo in 1995. She was an avid Denver Broncos fan, a crossword puzzle enthusiast and a reader of mystery novels. She is fondly remembered for her tex-mex chili, crocheted afghans, opal jewelry, and Alaska memorabilia. Marilyn was a member of the Church of Jesus Christ of Latter-Day Saints. She is survived by husband, Ernest Lynn; their four sons; and six grandchildren. She is preceded in death by parents, Niels Oscar and Ursula; one brother; three sisters; and two grandchildren. Viewing, 6 to 8 p.m. Friday, June 6, 2014, in the Montgomery & Steward Chapel. She will be laid to rest in Payson Cemetery in Payson, Utah. Memorial services are pending. Online condolences, MontgomerySteward.com