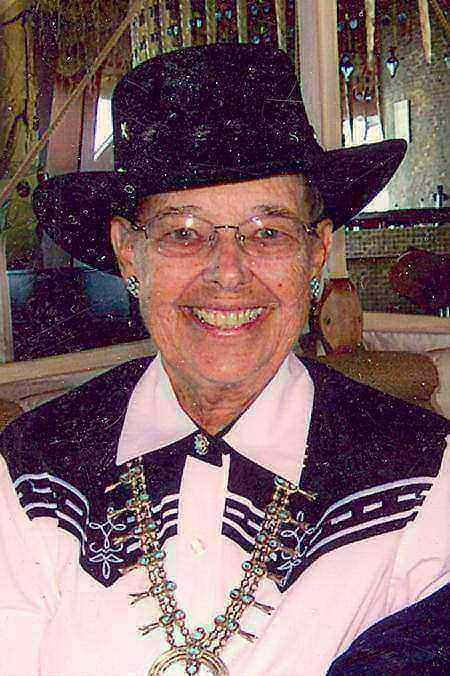 Margaret B. Boucek, late of Pueblo West, Colo. and formerly of Rosita, Colo. Mrs. Boucek died Monday, Jan. 24, 2011, following a lingering illness. She was 83. Mrs. Boucek was well known in the Wet Mountain Valley, having been involved in numerous clubs and organizations. Her husband, John Boucek, writes the Celestial Exploring column for the Wet Mountain Tribune. Mrs. Boucek was born in Chicago, in 1927, to Carl O. and Erna H. Barwinkel. She was a graduate of the Jones Commercial High School in Chicago. She and Dr. Boucek raised their family in Cary, Ill., and following his retirement, moved to Rosita in 1989. The couple moved to Pueblo West in 2000. Mrs. Boucek was a lifelong member of the Lutheran Church, Missouri Synod and was an active member of the Lutheran Women's Missionary League. Mrs. Boucek also had been a member of the Westcliffe Columbine Club, the Red Hat Society and the American Legion Auxiliary of Illinois. She was an avid outdoorswoman, and was an accomplished skier, golfer and backpacker. Additionally, she loved to travel and over the years visited many exotic destinations. Mrs. Boucek is survived by her husband of 63 years, Dr. John J. Boucek. She also is survived by two daughters and two sons: Karen Boucek (Mrs. Ward) Senn of Pueblo West; John J. Boucek III of Cary, Ill.; Kurt C. (and wife, Eileen) Boucek of Rockford, Ill.; and Barbara Boucek (Mrs. Cliff) Edwards of Dillon. Also surviving are four grandchildren, Brian Boucek, Jack Boucek, Katie Senn and A.J. Boucek. Funeral services will be held Friday, Jan. 28, at 2 p.m. at the Montgomery and Steward Funeral Directors Chapel at 1317 N. Main St., in Pueblo. Following the services a reception will be held at Our Savior's Lutheran Church at 275 W. John Powell Blvd. in Pueblo West. Private family interment at the Rosita Cemetery will take place at a late date. Those wishing may make memorial contributions to the Our Savior's Lutheran Church building fund at 275 W. John Powell Blvd.; Pueblo West, 81007.