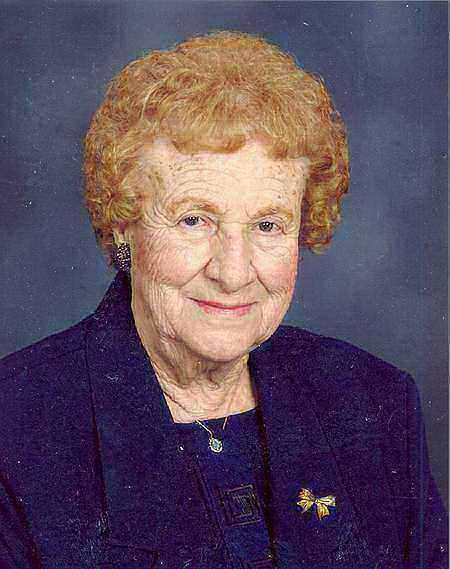 Lucille J. Diodosio, 90, passed away Aug. 22, 2009. Survived by her sons, Warren M. (Sandy Wells) Diodosio of Pueblo and Charles J. (Tim Hohmeier) Diodosio of Palm Springs, Calif.; grandchildren, Warren J. Diodosio II and Robert Shane Wells Diodosio; sister, Marie Filler of Broomfield, Colo.; and numerous nieces and nephews. Preceded in death by her husband, Warren J. Diodosio; and sister, Theresa Conty. Lucille was born to Charles and Angelina Manbucca on Oct. 25, 1918, in Pueblo. She was Pueblo Central High School's nurse for many years, retiring in 1981. She was a member of Minnequa Nurses Association, Colorado Retired School Employees' Association, PERA Retirement Association, Delta Kappa Gamma - Beta Chapter and Keep Pueblo Beautiful. She was a devoted member of the Shrine of St. Therese where she sang in the choir and was a member of Council of Catholic Women. Lucille was proud of her Italian heritage and was actively involved in many organizations which promote the Italian culture. She was president of Ladies Fidelity of the Columbian Federation and Dante Alighieri for many years, and a member of Order of Martha. She was honored on her 90th birthday as a co-founder of the CSU-Pueblo Italian Endowment. Viewing from noon to 5 p.m. Thursday in the Montgomery & Steward Chapel. Rosary, 7 p.m. Thursday and funeral Mass, 10 a.m. Friday, Aug. 28, 2009, with the Reverend Father Ben Bacino and the Reverend Father Liam Courtney as concelebrants. Both services at Shrine of St. Therese, 300 Goodnight Ave. Entombment will follow at Roselawn Cemetery. In lieu of food and flowers, memorials may be made to Dante Alighieri through Montgomery & Steward Funeral Directors, 1317 N. Main St., Pueblo, Colo. 81003. Online condolences, www.montgomerysteward.com