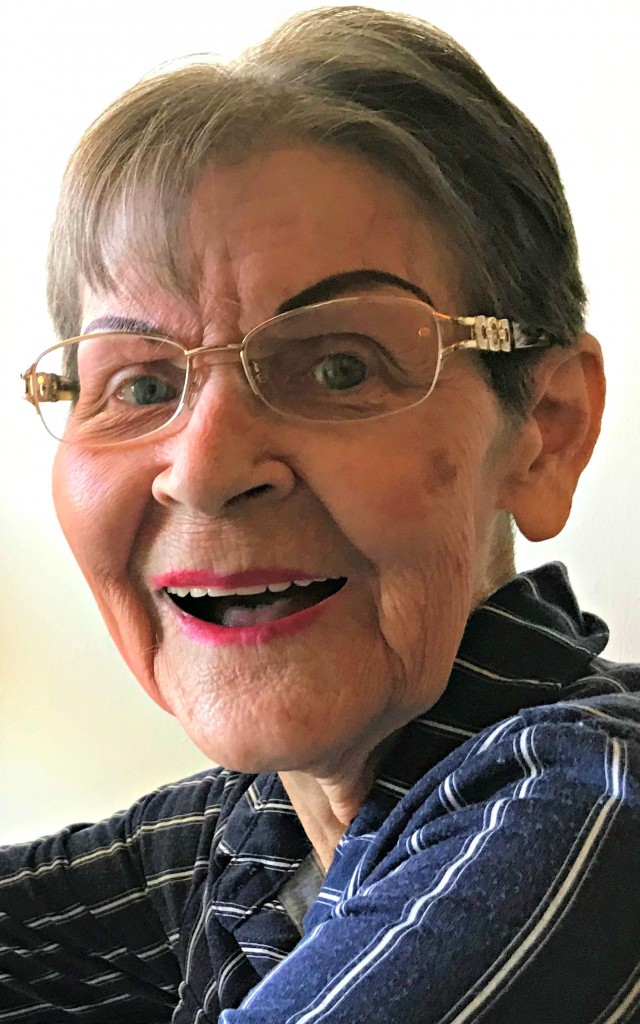 Loretta May Larratt, 86, passed away July 6, 2019 Loretta Larratt (neé Soderstrom) was delivered into the Lord's hands in the early morning hours of July 6 2019. She is survived by her children, Roxanne Hill (Lance), Dominic Pillitteri Jr., and Sheri Giordano (Roger); grandchildren, Bret Hill, and Alena Pillitteri; great-grandchildren, Ayrton Hill, and Daveny Hill; sisters Gayle Ingle, and Carla Robinette; her pet cat Simon, and several furry-faced grandchildren. She is preceded in death by her son James Pillitteri, Husbands Dominic Pillitteri Sr., and Robert Larratt; Parents Myrtle Houston and Carl Soderstrom; Sibling James Houston Loretta was brought into this life in Pueblo Colorado on May 26, 1933 to Myrtle Houston and Carl Soderstrom to a life filled with tragedy and triumph. Her mother spirited her away to California as a toddler to where her parents had made a new home and lived a life of a migrant farm worker in the fertile valleys of the region. At age five, she was tasked with caring for two younger siblings; her three-year-old sister and infant brother as her mother was busy working the fruit orchards. There were many challenges and tragedies during her life in California associated with this lifestyle...a place where she developed a character of gritty determination, positive attitude, and gracious forgiveness. Loretta returned to Pueblo with her mother at age twenty and worked as a curb-hop at a little restaurant called the 'Superdog'. Just up the street, a handsome young man operated his business 'Maestro Music'...the two met, fell in love and decided to elope to New Mexico to be married. Her marriage to Dominic brought her into a family that she considered her 'true' family...a family of love, homemade wine, and Italian food; headed up by Papa Pillitteri. She especially loved 'Papa'. He use to tell her, in his broken English, 'You to'a skinny...mangia, mangia!'. The marriage brought her three children that she would love with all her heart. However, she did suffer two miscarriages and one still-birth; a baby boy named after her little brother she lost in California...James. She carried on through many of life's storms to care for her children; through a divorce and periods of poverty...she endured, succeeded, and never let the tribulations of life dissuade her from a 'we can do it' attitude. She would pass this attitude along to her children; a legacy that is invaluable. She operated several franchise businesses and developed a keen acumen for marketing and promotion. Nationally, these businesses failed which resulted in the loss of her franchises. She still believed in the spirit of entrepreneurship. She loved music and dancing and won several Jitterbug contests with her dance partner. A true patriot, her husband Dominic called her a 'flag waiver'; a pejorative to some...a badge of honor for her. She loved sports and was called a 'Rabid' fan by her daughter Roxanne, when she watched her favorite teams play. Animals held a special place in her heart; she kept a box of photographs of everyone she owned and loved. Her love for the Lord Jesus Christ sustained her. She would claim that the courage, determination, positive outlook, and love she exemplified was from the divine teachings of Christ. Every tragedy, sorrow, physical pain, and illness she had was handed over to Christ...she would claim, steadfastly...'By his stripes, I am healed!'. We will miss her terribly. The pain is great, and sense of loss is overwhelming. We want to express to all of you how important a mother's love is...and if your mother has not departed this earthly realm, give her a big hug. Tell her how much you love her...write her a note or call her and tell her how vital she is to you. She was the first face you looked into when you were brought into this world as she held you to her breast and she gazed lovingly into your eyes and soul... Goodbye Mom...you irrepressible, irreplaceable child of God...until we embrace again. Interment, 10 a.m. Tuesday, July 16, 2019, at Mountain View Cemetery, 1315 Acero Avenue. Online condolences, www.montgomerysteward.com