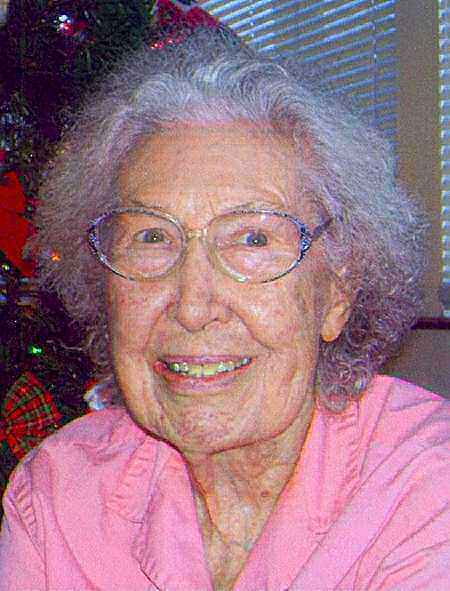 Lola Mitchell, 84, died July 24, 2010, in Pueblo, Colo. Survived by her husband, Roy; children, Ronald, Robert and Joyce; brother, Stewart; sister, Wilma; and numerous grandchildren, great-grandchildren and great-great grandchildren. Lola was the oldest of three children born to Sterling and Iona (Stewart) Sorensen on Sept. 20, 1925, in the small southern Utah town of Tropic. She attended school through seventh grade in Tropic until her parents sold their home and farm in Tropic and moved to Orem, Utah. In Orem she worked on the family farm and continued her education. She graduated from Lincoln High School in 1942. She attended a vocational school and studied optical instrument repair along with her cousin, Carla, and friend, Alice. The three were allowed to pick their choice of schools to continue their training and chose Frankford Arsenal in Philadelphia, Pa. After working in Philadelphia for about a year, she transferred to the Tooele Army Depot in Tooele, Utah. The optical shop in Tooele closed and Lola transferred to the Pueblo Ordinance Depot where she met Roy. They were married in Orem, Utah in 1946. After the birth of Ronald, in 1949, she quit work to become a homemaker. Lola took great interest in her children's education and taught them all to read and work arithmetic problems before they entered kindergarten. She also spent many summer days playing catch and pitching baseballs to Ronald and Robert. All of her grandchildren have fond memories of Grandma Mitchell reading to them and getting on the floor to play board games and play with the Lincoln Logs and cowboys and Indians. Lola had a major stroke in 1992, and with therapy and much hard work and determination made a near 100% recovery, providing inspiration to everyone. After failing health, Lola was admitted to the Belmont Lodge Nursing Home in 2008, where she was much loved by all of the staff and residents and it is where she died. Lola will be loved and missed by all of her family and numerous friends. Viewing from 12 to 1 p.m. Friday, July 30, 2010, at the Church of Jesus Christ of Latter-day Saints Outlook Building, 1411 Fortino Blvd., followed by service at 1 p.m. Interment, Imperial Memorial Gardens. Online condolences, www.montgomerysteward.com