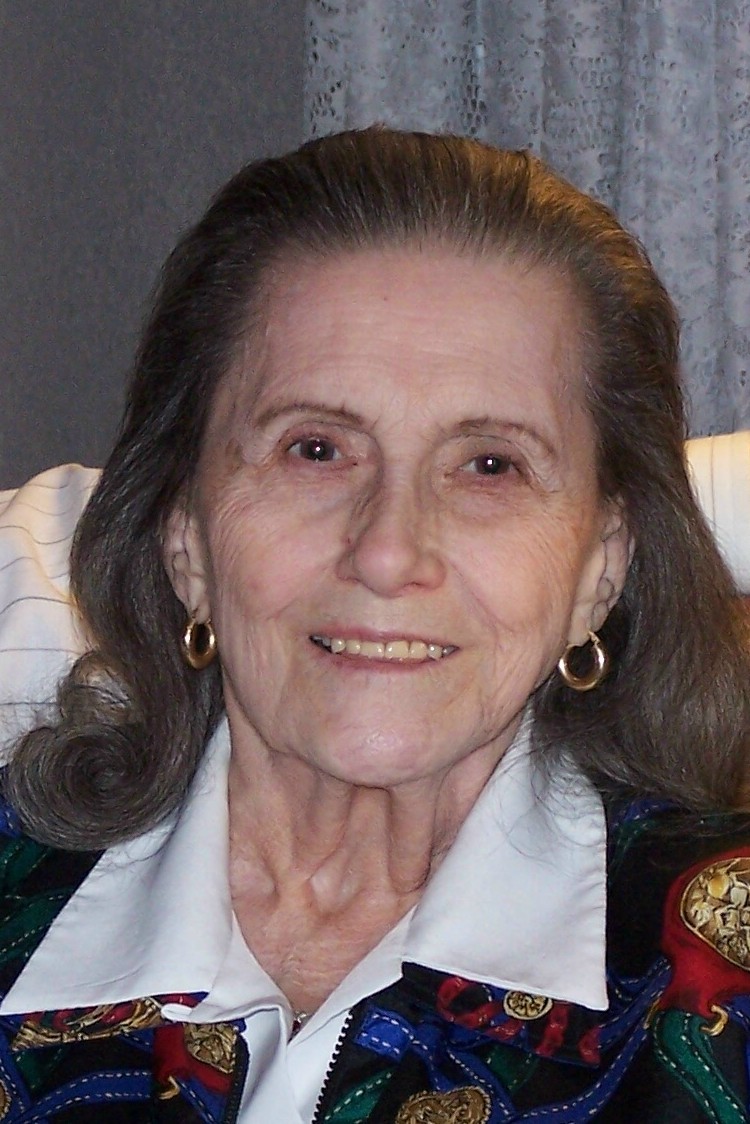 Lola Mae (Beard) Jacobs passed from this life one year ago on April 23, 2020, at the age of 99. She was born in Hoosier Township, Kingman County, Kansas on January 3, 1921, the only daughter of Howard Franklin Beard and Bessie Alice (Nichols) Beard. At the time of her death, Lola was a resident of the University Park Care Center in Pueblo, Colorado. Pueblo had been her home since the early 1950’s.
In her early years Lola worked as a licensed cosmetologist, but after her marriage to Phil Jacobs she was a stay-at-home mom. She was very actively involved in her children’s school activities and encouraged and supported them in outside interests: art, music, dance, theatre, and others, ferrying kids to lessons, sewing costumes, and overseeing practice sessions and rehearsals at home. Her home was always open as a gathering spot for children’s and family friends. She was an active bowler in several leagues, an ardent bridge player, and a life-long music lover, having been a charter member of the Pueblo chapter of Sweet Adelines. She is remembered as having the radio/stereo on constantly at home, and sang and whistled through the day. She loved card, dice, and board games of all kinds, and was a highly competitive player.
Lola served for many years as a Gray Lady at St. Mary-Corwin Hospital. She was a member of Eastern Star, and was active in her church work, serving as a deaconess and Sunday School teacher at Broadway Christian Church. In later years, she was an active member of the Pueblo Divine Science congregation. Although she was plagued by health problems in her final decades, including dementia, she remained a devoted Denver Broncos fan.
Lola was preceded in death by her parents; her husband William Philip “Phil” Jacobs; and her only sibling, her brother Herbert F. Beard. Her oldest child, daughter Judith Ann (Jenks) Weddle, survived her by 7 months, passing away November 10, 2020.
Lola is survived by four children: Ronald Wm. Jacobs and wife Janet of San Diego, California and Aurora, Indiana; Robert H. Jenks and wife Carol of Lancaster, Missouri; Cathryn F. (Jacobs) Holmes and husband Dan of Pueblo, Colorado; and P. Bruce Jacobs and wife Diane of Kansas City, Missouri. She is also survived by 10 grandchildren, 16 great-grandchildren, and 1 great-great-grandchild, as well as numerous nephews and nieces. She leaves behind many younger friends, including her long-time friend and companion Larry Massengale.
A family graveside inurnment at Mountain View Cemetery in Pueblo will be held at a later date. Online condolences, www.MontgomerySteward.com