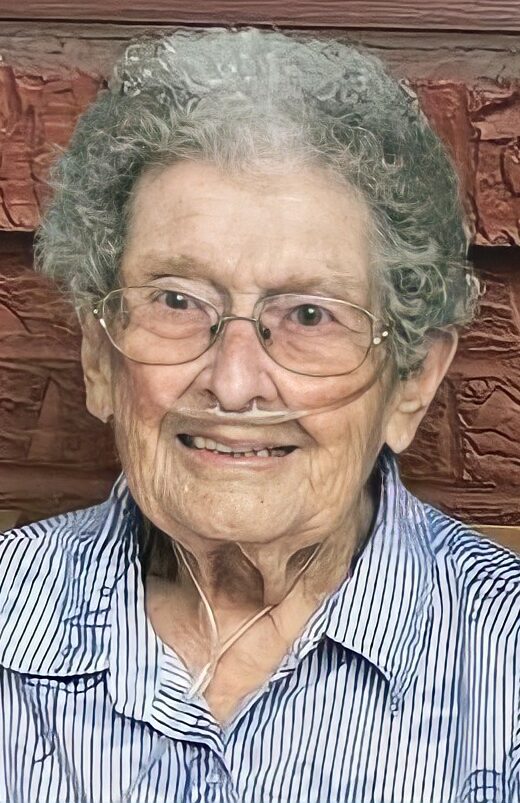 Lila was born on September 27, 1921 in Scott City, Kansas to James and Florabelle Williams. She moved to Pueblo, Colorado in 1926 and then to Rye in 1936. Preceded in death by husband James Houghton of 57 years, parents, sister Lola Nemosek, brother Dan Williams, son Dale Davis, daughter-in-law Rosemary Davis, son George Houghton and grandsons Jimmy and Scott Houghton. Survived by son William Davis and daughter-in-law Margaret Davis, son Tim Davis and daughter-in-law Joyce Davis, daughter Jean Noutko and son-in-law Ted Noutko, son Doug Houghton and Mary Lou Scott, 15 grandchildren, 30 great grandchildren and 8 great-great grandchildren. She was the back bone to the family for many years. Her kids to great great grandchildren can agree that they have shared many amazing memories with her throughout the years growing up. She was known very well in the family for her cooking and baking and all her amazing support for her whole family. She was an actives member of Walsenburg Women’s Club, FCE and Huerfano County Cowbelles. She worked at Gambles for 3 years, managed Montgomery Ward for 16 years and worked Huerfano Memorial hospital for 10 years. She just won the 2021 Jennie Award, the only National Honor bestowed by GFWC that recognizes members for personal excellence. It epitomizes a clubwoman’s lifetime spirit of independence, courage and persistence for her role as a volunteer within her club, community and family. Lila was the only individual to be given the award by the federation. Her favorite memories were made with her family and friends throughout the years and enjoyed music, fishing trips to Texas, salmon trips in Oregon and Washington state, reading, puzzles and sewing. Her grandchildren’s favorite memories are the stories she would share with them. She was even called Grandma Google by one of her grandchildren because of her remarkable memory and the things she knew and the stories she would tell. She enjoyed sewing and crocheting for as long as she was able to and over the years she has made multiple homemade blankets for all the new babies in the family and for and the grandchildren who graduated. She was also known for her homemade Christmas stockings she made for the family. She had even specially made hand sewn dolls for her grandchildren that matched the features to each child. She passed peaceful around family on Sunday July 11th, 2021. For almost 100 years, she left an everlasting impact on so many lives in her family and community, a true wonder to the world.