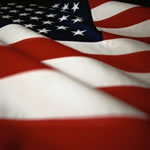 Leo S. Sterkel, 78, passed away Dec. 3, 2013. Survived by his children, Ronda and Rickie Sterkel; grandchildren; stepchildren, Maureen Papish, Frank (Eve) Papish and Janine Winder. Preceded in death by his loving wife, Virginia F. Sterkel and parents, Samuel S. and Edith L. Sterkel. Leo was born June 9, 1935, in Oklahoma City, Okla. He was proud of his service to his country in the Marine Corps Reserves from 1953 to 1955 and in the U.S. Army from 1955 to 1960 at Ft. Carson and Germany. Pueblo has lost a true patriot and will miss seeing Leo driving his vehicles decorated with U.S. flags. Leo enjoyed driving old cars, especially his 1953 Chevy, a duplicate of his first car. Leo retired from Pueblo Gas & Fuel and after retirement, he worked for Enterprise Car Rental. Leo was a kind and generous person who loved animals. He regularly ate at the south side Applebees, IHOP and Paganos where he enjoyed socializing with the staff and other customers. Thank you to Dr. Rendler and his staff for the special care they gave Leo for many years. As per his request, there will be no viewing or services. Cremation, Montgomery & Steward Crematorium. Memorials may be made to Sangre de Cristo Hospice or Pueblo Animal Services through Montgomery & Steward Funeral Directors, 1317 N. Main St., Pueblo, CO 81003. Online condolences, www.montgomerysteward.com