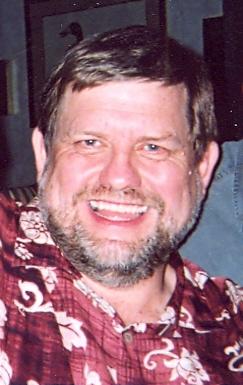 Douglas Lee 'Lee Douglas' Cooley, 57, passed away Feb. 4, 2012. Lee was born to Leon and Shirley Cooley on Sept. 18, 1954, in Pueblo. His parents preceded him in death. Survived by numerous family members in Denver and Oklahoma and the family he chose, Jody Voss, daughter, Kristine Voss and granddaughter, Lacy Voss-Bennett. He is also survived by his extended family of close friends and colleagues. He was the Sports Director and Broadcaster for KOAA News 5/30 for 30 years, as well as a radio personality. Lee started his career at KFEL Radio. He also was a broadcaster at KRDO Channel 13 before his career with KOAA. He worked for the 'old' KDZA for many years. He served as the Colorado State Fair Director of Marketing for many years. In the 1980s, Lee worked as one of Pueblo's Assistant City Managers. He returned to radio and television and was named Sports Director at KOAA. He loved music and enjoyed doing his 'Sock Hop Saturday Night' show on KDZA with Kristine 'The Tiny Bopper.' During his career he was the radio voice for color-commentary of the Air Force Academy Falcon football team. He volunteered his recognizable, charismatic, golden toned voice for numerous functions, including serving as Master of Ceremonies at the Greater Pueblo Sports Hall of Fame and had the honor of being their 2005 inductee. He had numerous awards from the Colorado Broadcasters Association and the Associated Press. In addition, Lee served on the Board of Directors of the Boys & Girls Club/Girls Inc. of Pueblo County & Lower Arkansas Valley and was on the selection committee for the Colorado Hall of Fame. There was more to Lee than his public image. Above all, he was a true caring person with a tremendously huge heart! Viewing from 2 to 6 p.m. Thursday in the Montgomery & Steward Chapel. There will be no viewing at the church. Funeral service, 2 p.m. Friday, Feb. 10, 2012, at Praise Assembly, 2000 Troy Ave., with the Rev. Dr. Brad Munroe officiating. Interment, Roselawn Cemetery. Memorials may be made to the Lee Douglas Memorial Fund through the funeral home. Online condolences, www.montgomerysteward.com