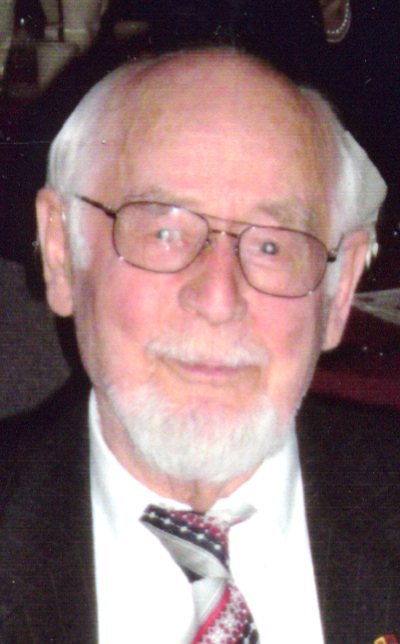 Kurt Friedrich Kaehler, 99, entered into eternal rest Jan. 2, 2016. Survived by his daughter, Dagmar (Reimar) von Kalben of Pueblo; grandchildren, Stephan (Nicoll) von Kalben and Gytha (Karl) Hinkle; great-grandchildren, Parker von Kalben and his mother, Lisa von Kalben, Austin Hinkle, Jenna Hinkle and Annika Hinkle. Preceded in death by his wife of 63 years, Johanne 'Hanna' Kaehler; son, Horst Kaehler; and sister, Karla Strecker. Kurt was born in Stettin, Germany (now part of Poland) to Friedrich and Emma Kaehler on Nov. 15, 1916. Kurt was a master stonemason and sculpturer and he and his wife worked together in their business in Cologne (Koeln) Germany for many years. He was very active in his community, especially the Schuetzenverein (shooting club) and the local senior center. His efforts earned him the Federal Cross of Merit from the German Government. In 2001, he and his wife immigrated to Pueblo to be closer to their remaining family. They enjoyed their grandchildren and great-grandchildren and many friends. Kurt was a member of the Pueblo German Club and the Optimist Club of Pueblo. The family thanks the staff at Life Care Center and Sangre de Cristo Hospice for the excellent care they gave Kurt. There will be no viewing. Funeral service, 2 p.m. Monday, Jan. 11, 2016, in the Montgomery & Steward Chapel. Interment, Imperial Memorial Gardens. Those who desire may make memorials to Sangre de Cristo Hospice through Montgomery & Steward Funeral Directors, 1317 N. Main St., Pueblo, CO 81003. Online condolences, www.montgomerysteward.com.