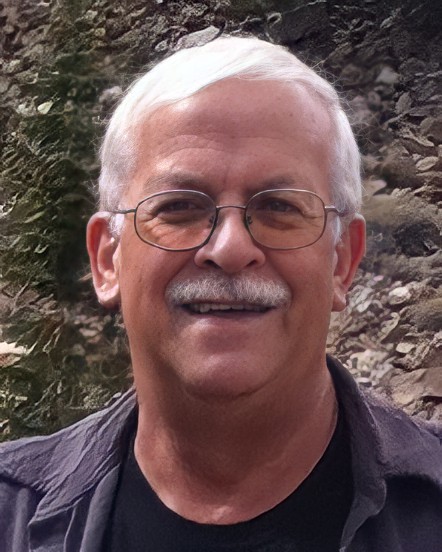 Kevin D. Anderson, 66, passed away Sunday, May 30, 2021 at Presbyterian/St Luke’s Hospital in Denver, Colo. Kevin was born January 1955 in Morrison, Ill. to Darvin L. and Evelyn G. (Blackert) Anderson. He was raised and educated in Prophetstown, Ill. and graduated from Prophetstown High School in 1973. He served in the U.S. Air Force from 1973 to 1979. He married Shelley Piatt on June 4, 1977 in Rocky Ford, Colo. Kevin spent his retirement years collecting antique vintage knives, and signed first edition books. He immersed himself in geology, rockhounding, genealogical investigation, and wrote books for his family tracing their ancestry back hundreds of years. He also enjoyed exploring Colorado with his wife and spent much of this time visiting historical sites in the state. There were no strangers in his life, only new people to become acquainted with. He was an extremely social person who enjoyed getting to know everyone around him and he left an indelible mark on the hearts of those who knew him best. Kevin started his Law Enforcement career as a Police Officer with the City of La Junta, Colo. He and his family then moved to Fairplay, Colo., where he served as a Deputy and later as the Undersheriff for the Park County Sheriff’s Department. Kevin then worked as a Police Officer with the State of Colorado at the University of Southern Colorado. Later he served as a Deputy Sheriff with the Pueblo County Sheriff’s Department at Colorado State University under Sheriff Dan Corsentino. He retired after 36 years of law enforcement in February of 2016. Kevin then worked as a Private Investigator with DC Investigations and Security in Pueblo, Colo. He was a member of the Rocky Mt. Division International Association of Identification, American Society of Law Enforcement Trainers, and the American Legion. He is survived by his wife, Shelley; sons, Brandon (Heather) Anderson of Salt Lake City, Utah and Brett (Chantal) Anderson of Pueblo, Colo; two grandchildren, Jessica and Dax Anderson; and many nieces and nephews. Kevin was preceded in death by his parents; one brother; and two sisters. Service will held at 10 a.m. Friday, June 11, 2021, in the Montgomery & Steward Chapel. Interment, 2 p.m. June 15, 2021, at Pikes Peak National Cemetery, 10545 Drennan Road, Colorado Springs. In lieu of flowers or monetary donations to the family, memorials may be made to your local Humane Society or the American Cancer Society. Online condolences, www.MontgomerySteward.com.