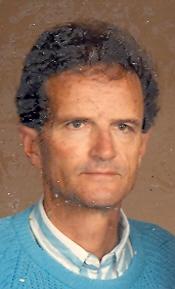 Kenneth William McFerren, 68, of Pueblo, Colo., went to be with our Lord and Savior peacefully, on May 18, 2007. He is survived by his wife of 44 years, Judith I. McFerren, and daughters Tami Anderson, Kristi Smith, and Stacy Cieraszynski, including 5 grandchildren all of Denver, Colorado. He was preceded in death by Walter, Koda, and Norris McFerren. Ken was born and raised in Pueblo and attended Central High School, class of 1956. He went on to graduate from the University of Northern Colorado, Greeley, with a degree in education. During the 1960's, Ken served with the U.S. Army Reserves. He graduated from Adams State College with his Masters of Education. Ken taught physical education for school district #60 at Columbian and Belmont Elementary Schools. An avid outdoorsman, Ken enjoyed fly fishing, camping, hiking and snow shoeing. He was instrumental in establishing the Pueblo Tennis Club at City Park where he played tennis throughout his life. Ken was also an enthusiastic Denver Broncos, Colorado Rockies, and Denver Nuggets fan. He enjoyed bowling and was a member of the Eagles Aerie No. 145; Southern Colorado Woodcarvers; Colorado Mountain club; and King of Kings Lutheran Church, where he sang in the choir and attended woodworking classes. For many years, Ken was challenged by dementia and recently Lou Gehrig's disease. For several years, Ken enjoyed his work at Pueblo Diversified Industries. At his request, there will be no viewing. Cremation, Montgomery & Steward Crematorium. A memorial service will be held at 11:00 a.m., Wednesday, May 23, 2007, at King of Kings Lutheran Church, 2561 Vinewood Lane, with the Reverend Mark Crates officiating. Those who desire may make memorials to the Alzheimer's Association; King of Kings Lutheran Church, or to the Pueblo Tennis Club, through Montgomery & Steward Funeral Directors, 1317 N. Main, Pueblo, Colo. 81003, Online condolences, montgomerysteward.com.