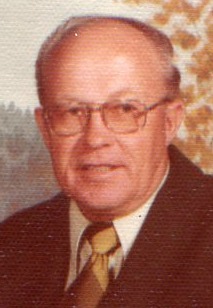 Kenneth Theodore 'Henry' Ask passed away Sept. 20, 2014. Born to Anton and Anna Ask April 29, 1929, in Forsyth, Mont. Kenneth was preceded in death by sisters, Eunice Peitz, Phyllis (Joseph) Merrill; brother, Curtis Ask; nephew, Allen Peitz; and great-niece, Gina McCurry. Survived by sister-in-law, Doris Ask; nieces, Diane (Ben) Santilli, Kay Dell (Richard) Zeman, Roxann (Doug) McCurry; nephews, Ronald (Barbara) Peitz, Bob (Mary) Ask, Mike (Teryl) Merrill and Tony Merril; and several great-nieces and -nephews. Ken grew up in Montana and Colorado, graduated in 1948 from Canon City High School. He was a great basketball player. In 1950, he went to Texas to try out for professional baseball. He said 'I gave it a hard try.' He was in the US Navy from 1950 to 1954. Went overseas in 1953 on the USS Boxer Aircraft Carrier in the Korea area. Kenneth went to Western State College and received his BA and MA. Taught school at Hellbeck from 1959 to 1968. He was principal at Eastwood, Hinsdale and Thatcher School. He retired in 1982. Kenneth loved his students and the teachers he worked with. Kenneth loved to play golf and watch sports of all kinds. He also enjoyed woodworking, making and giving away two-holers and one-holers. Kenneth served as president of Men's Club at Elmwood Golf Club for 20 years. We will miss you, Horse. Viewing, 4 to 6 p.m. Wednesday and funeral service, 10 a.m. Thursday, Sept. 25, 2014, both in the Montgomery & Steward Chapel. Interment, Roselawn Cemetery. In lieu of food and flowers memorials may be made direct to a charity of your choice. Online condolences, www.montgomerysteward.com