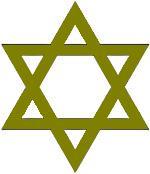 Kathy Sirak of Perry Township, Ohio, passed away June 15, 2016, after a long, courageous, and painful battle with cancer. Kathy's entire family (parents, siblings, etc., etc.) were murdered by the Nazis during the Holocaust, leaving infant Kathy as one of the world's youngest Holocaust survivors. Despite Kathy's inhumane and precarious beginning, her high intelligence and her extreme aggressiveness enabled her to survive and to succeed. After all, at least six million Jewish people were murdered during the Holocaust, but Kathy survived! Not only did Kathy survive, but, in a sense, she thrived. Among her many accomplishments is that she got a master's degree in chemistry and had a successful career working, and/or supervising, the labs at Kaiser and at the Cleveland Clinic. At the time of her passing, Kathy was engaged to be married to 'the love of my life' Puebloan Gerald 'Jerry' Rosenblatt, who is President of Pueblo's United Hebrew Center, and who also supervises the care of Pueblo's B'nai Jacob Cemetery. Jerry considers Kathy to be 'one of the most fascinating and compassionate people I've ever met, truly one of a kind, and the love of my life.' Off and on, for a number of months, Kathy and her fiancé Jerry were working on her biography, 'My Journey Through 'Holy' Hell', which Jerry hopes eventually to finish and publish. There will be a graveside service at 2 p.m. Sunday, June 26, 2016, at B'nai Jacob Cemetery, located at 23rd & Montezuma, Pueblo, CO 81003. Online condolences, www.montgomerysteward.com ******