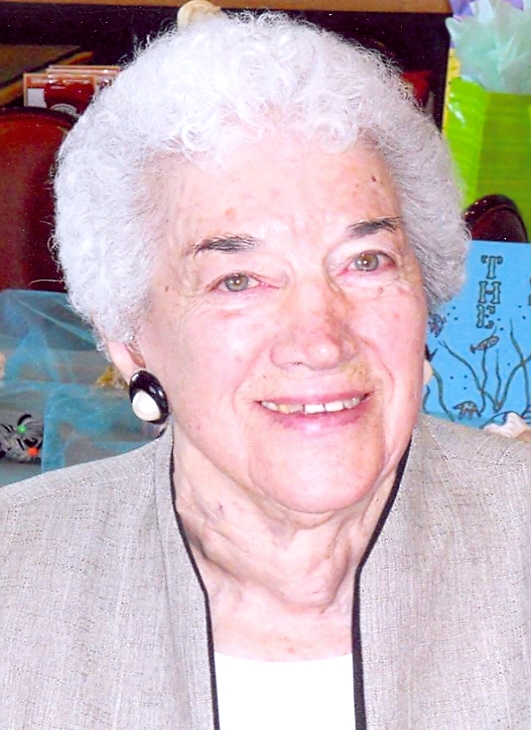 Katherine 'Katie' Mikatich Kochevar, 94, passed away in her home October 4, 2012. Katie was born a few minutes after Christmas Day in 1917 to Nicholas and Frances (Bukovac) Mikatich in Pueblo, Colo. Katie was preceded in death by her husband of 61 years, Edward J. 'Roy' Kochevar and her daughter, Mary Frances Miller. Also preceded by brothers, Nick, Joe ('Muss'), Bill, and Bud; sisters, Frances Kamby and Helen. Katie is survived by daughters, Kathy and Judy; sister-in-law, Rose Mikatich; and numerous beloved nieces and nephews. She graduated in 1936 with honors from Pueblo Central High School. During World War II, Katie worked for the War Department at the Pentagon and in Cleveland at White Motor Company. She returned to Pueblo in 1946 and that year won a slogan contest sponsored by the Pueblo Chamber of Commerce. Her winning entry was 'Visit Pueblo--Pacemaker of the West.' Katie was an active member of St. Mary's School PTA and served as a room mother every year. For many years, Katie sang in various choirs at St. Mary's and continued to serve her church until age 92. She also was a lifetime member and auditor of KSKJ Immaculate Conception Lodge #7 and the Slovenian Union of America #3. In 2007, Katie was honored as St. Mary's Church Mother of the Year and in 2009 as the local Slovenian Union Mother of Year. Katie was fascinated with travel her entire life. She and her family enjoyed many trips together. Katie visited 47 states (including Hawaii) and took extensive trips to Canada, Europe, and the Caribbean. Katie's other interests included baking, reading, dancing with her husband, visiting with family, friends and neighbors. She was a 'mom's mom' and her effervescent spirit will be greatly missed by her children and all who knew her. Katie's memorial Mass will be celebrated 10 a.m. Saturday, Oct. 13, 2012, at St. Mary's Church, 307 E. Mesa, with the Rev. Fr. Ben Bacino as celebrant. Private inurnment at a later date. Online condolences, www.montgomerysteward.com