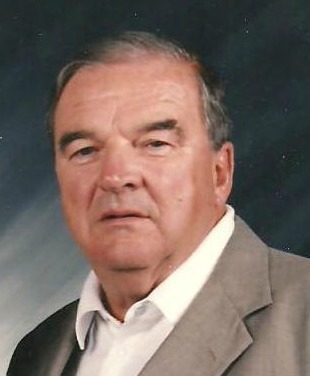 Karl Uffelman passed peacefully from this earth the morning of February 6, 2014, while at home in front of a fire in his beautiful Pueblo house. Karl was born in Harrisburg, Pennsylvania on August 24, 1922. After high school Karl enlisted in the Army, and between 1942 and 1946 served in a surveillance unit as a cryptograph repairman. Following his service in the army, he worked briefly for General Electric, where he was inspired by others to pursue a degree in higher education. Karl graduated in 1950 from the University of Colorado, Boulder, with a degree in electrical engineering. After college, he moved to Pueblo to begin his career at the CF&I, where he retired in 1987 as the Vice President of Operations Services. Karl enjoyed an exciting and robust life. He fell in love with the Colorado outdoors. Skiing was one of his earliest passions, and he spent many days cruising down the slopes at Monarch. 'I'm too big to fall', Karl would often say. Through the years Karl would derive much pleasure from his other outdoor passions, including mountaineering, photography, bird watching, rock collecting, and many more. Two of Karl's biggest joys were his beloved houses, one in Pueblo overlooking the Arkansas River, the other at the Huckleberry Hills Ranch in Rye, which Karl referred to as 'Paradise'. Karl's life was also blessed by the countless number of friends he has had over the years. His friends gave Karl's life meaning and fulfillment. In 1971, Karl married Josephine Naccarato Burke, and instant family life began. His family would be a key focal point for the rest of his life. He shared his love of the outdoors with his children Laurie and Mike, taught them to ski, and was a positive force in their lives in many other ways. Karl's greatest source of joy and fulfillment were his grandchildren; Megan and Leah Sankey; and Sean and Cole Burke. Karl would continue to share his love of the natural world with his grandchildren, and never missed an opportunity to express the love and pride that he felt for them. Karl is preceded in death by his parents, Karl Sr. and Ruth Uffelman; brother, Bill Uffelman; first wife, Sara Lindemuth Uffelman; and wife, Josephine Uffelman. He is survived by daughter, Laurie Sankey (Jerry); son, Michael Burke (Carolyn); grandchildren, Megan, Leah, Sean, and Cole; sisters, Dorothy Rafferty and Julia Valkus; and special friend, Dascha Tursi. A celebration of life will be held 12 p.m. on March 1, 2014, at LaTronica's restaurant in Pueblo, Colorado. In lieu of flowers, donations to honor Karl's life may be made to The Colorado Bluebird Project through the Audubon Society of Greater Denver. Donations will be collected by Montgomery & Steward Funeral Home, 1317 N. Main St., Pueblo, CO 81003. Online condolences at www.montgomerysteward.com.