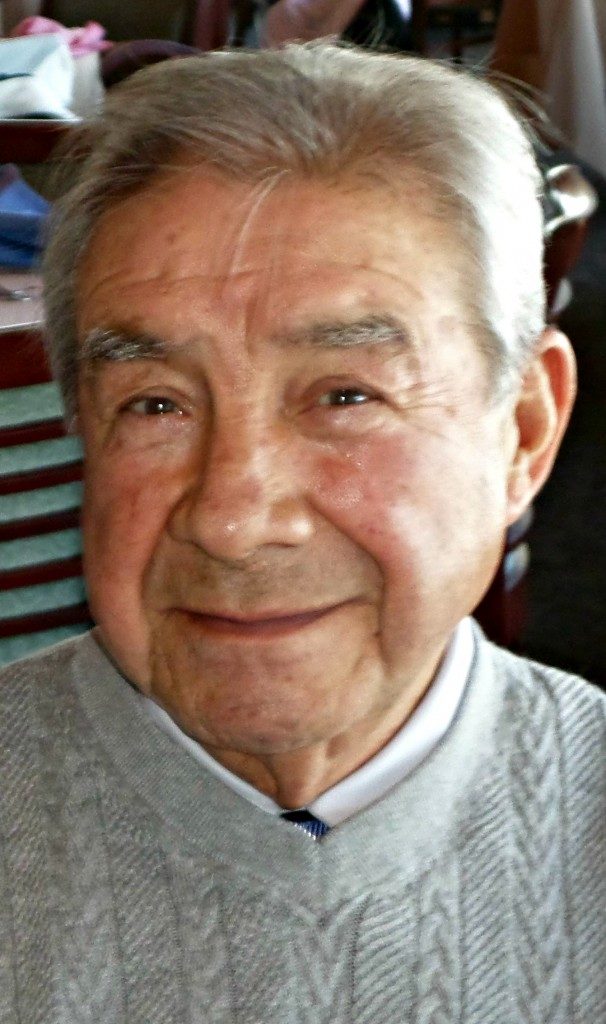 Jose Filiberto Padilla, 80, passed away June 30, 2018. Survived by wife of 55 years, Huberdina ‘Tina’ H. Free-Padilla; daughters, Theresia ‘Tess’ Padilla and Desiree J. (Scott Williams) Padilla; grandson, Alexander J. Williams; siblings, Jose ‘Joe’ Cristobal (Georgianna) Padilla, Eufemia ‘Faye’ Padilla-Lopez, Ida Florinda Padilla-Lucero and Rogerio ‘Roger’ Padilla. Preceded in death by parents, Jose Antonio Padilla and Marie Rebecca Martinez-Padilla; siblings, Vincentita ‘Bessie’ Padilla-Vallejos, Ascencionita Veneranda (Bennie) Padilla-Vialpando, Tonita ‘Toni’ Padilla-Sanders, Elisario ‘Charles’ Padilla, Teofilo ‘Phil’ Padilla, Edinero ‘Eddie’ Padilla and Margie Marie Padilla. Jose was born in Tercio, Colo. on March 24, 1938, and joined the Air Force in 1958. He worked as a Psychiatric and Lead Nurse at CMHIP for over 40 years and for Parkview for 27 years. Vigil service, 6 p.m. Friday, July 6, in the Montgomery & Steward Chapel. Memorial service, 10 a.m. Saturday, July 7, at Cathedral of the Sacred Heart, 414 W. 11th St. Military honors and inurnment, Mountain View Cemetery Columbarium.
Papa was the 7th child in a family of 12 children, born to very hardworking parents of very modest means but full of dignity and respect. Papa always said that he was a ‘poor sucker from the sticks’ but he accomplished so much in spite of the limited opportunities available. Always a hard worker, he had his 1st job at 13 just to be able to have supplies and clothes to go to school. He was never a ‘high flier’ but instead was a steadfast man who planned things out carefully. He was told by a high school counselor that he wasn’t ‘college material’—not because he wasn’t intelligent (he skipped a grade)—but because in those times a young Hispanic of limited means had no opportunities to get a higher education. Which is why, at 19, he made the most important decision of his life: he joined the US Air Force. That single decision was to shape his entire life.
Papa enlisted in 1958, went to Lackland Air Force Base in San Antonio, and was proud to serve our country. Early in his Air Force career, a twist of fate was to shape his life: his was one of two names pulled out of a hat to be shipped overseas to Germany. Others in his squadron offered to pay to switch places with him, but he thought the assignment must be worthwhile if the others were so eager to pay for the opportunity, so he boarded that transport plane to Germany. After serving 2 ½ years at bases in Germany another twist of fate: a friend of his who was a young Dutch man serving with the American Air Force set up a tennis blind date for Papa and 2 other friends with 4 nice Dutch girls, and Papa was paired with a young Dutch girl based upon height. Which is how he met Mama. 6 months after this meeting, Papa was shipped back to the States and after finishing his service term, got a job at CMHIP—and during that time Mama and Papa wrote letters…letters which turned into a wedding in May 1963 and resulted in two daughters, a beloved grandson, and a 55 year marriage.
By marrying Mama, Papa finally had the support he needed to go to college. Once he received the GI bill, Papa enrolled in SCSC in the registered nursing program, which he chose because he knew it would be the best direction in the long run for a career. Mama helped him study, supported him and encouraged him which allowed him to succeed and earn an Associates in Nursing and a Bachelor’s in Psychology and promoted him from an orderly to an administrative Lead Nurse in the 40 years he worked for CMHIP in Forensics. He had a reputation for being fair and just, and was even called the ‘Rock of Gibraltar’ by administration due to his reliability and strength of character. He was a quiet leader, he mentored many employees and was supportive of them in pursuing their education. He was compassionate and always treated everyone with respect, which is why he was still highly regarded by patients at CMHIP long after he retired. Not only did he work 40 years for CMHIP, he worked part time at Parkview 27 years in the adult and youth mental health program, always working to provide for his family through hard work and a job well done.
He was patient, even-tempered, and gentle, with a strength of character that anchored all of us around him. Even though he was a serious man, he was known for his smile and easy-going nature. He created an environment of safety around him that buffered us from the outside world. He was a loyal spouse, a loving father and grandfather, and a true protector to his family. He will be remembered and loved for the rest of our lives.
Online condolences, www.montgomerysteward.com