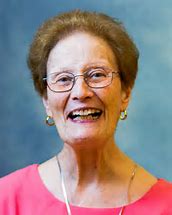 Joanne “Sister Johnette” Sawyer, the daughter of John Albert Sawyer (Soja) and Melvina Marcella Penn, was born in Pueblo, Colorado, June 25, 1935. Following her graduation from Pueblo Catholic High School, she attended St. Mary’s College in Leavenworth, Kan., for two years before entering St. Scholastica Monastery in Chicago, Ill. Upon entering the community, she took the name Johnette in honor of her father. As a young nun, Johnette taught for a few years at several elementary schools in Chicago. She was then assigned as principal at St. Leander school in Pueblo. She held that position until the Diocese of Pueblo closed their parochial schools. Johnette then devoted her life to parish work. Johnette is most remembered by the people in Southern Colorado as a liturgist, coordinator of religious education, and music director. She served at churches in Pueblo, Pueblo West, Alamosa and other places in the Diocese of Pueblo. With unstoppable energy, she could be found working at church bazaars, helping couples with marriage arrangements or planning funerals. John-ette spent many hours visiting the sick of a parish. When the time came for her retirement, Sr. Johnette returned to the monastery in Chicago where she actively worked for the community. She became ill with the COVID 19 virus a few days before Easter and was admitted to St. Francis Hospital on the Monday after Easter. She bravely fought for over three weeks but was not able to overcome the virus. Sister Johnette passed peacefully on May 2, 2020. Sister Johnette would have been 85 years old on June 25. Sister Johnette’s cremains have been flown to Colorado and when the pandemic subsides, will be buried in the grave of Sister Laurentia Simala, a distant relative, in Canon City, Colorado. We hope to have a memorial Mass in her honor at a later date. Johnette is survived by her sister, Marilyn Graybill; brother, John Sawyer; nephews, Mark (Belqui) and Shawn (Amy). Sister loved Shawn’s children, Katie and Logan; and Mark’s son, Arturo. She will be also missed by her Penn cousins in Pueblo, Shirley Gregg and June (Hank) Saldana.