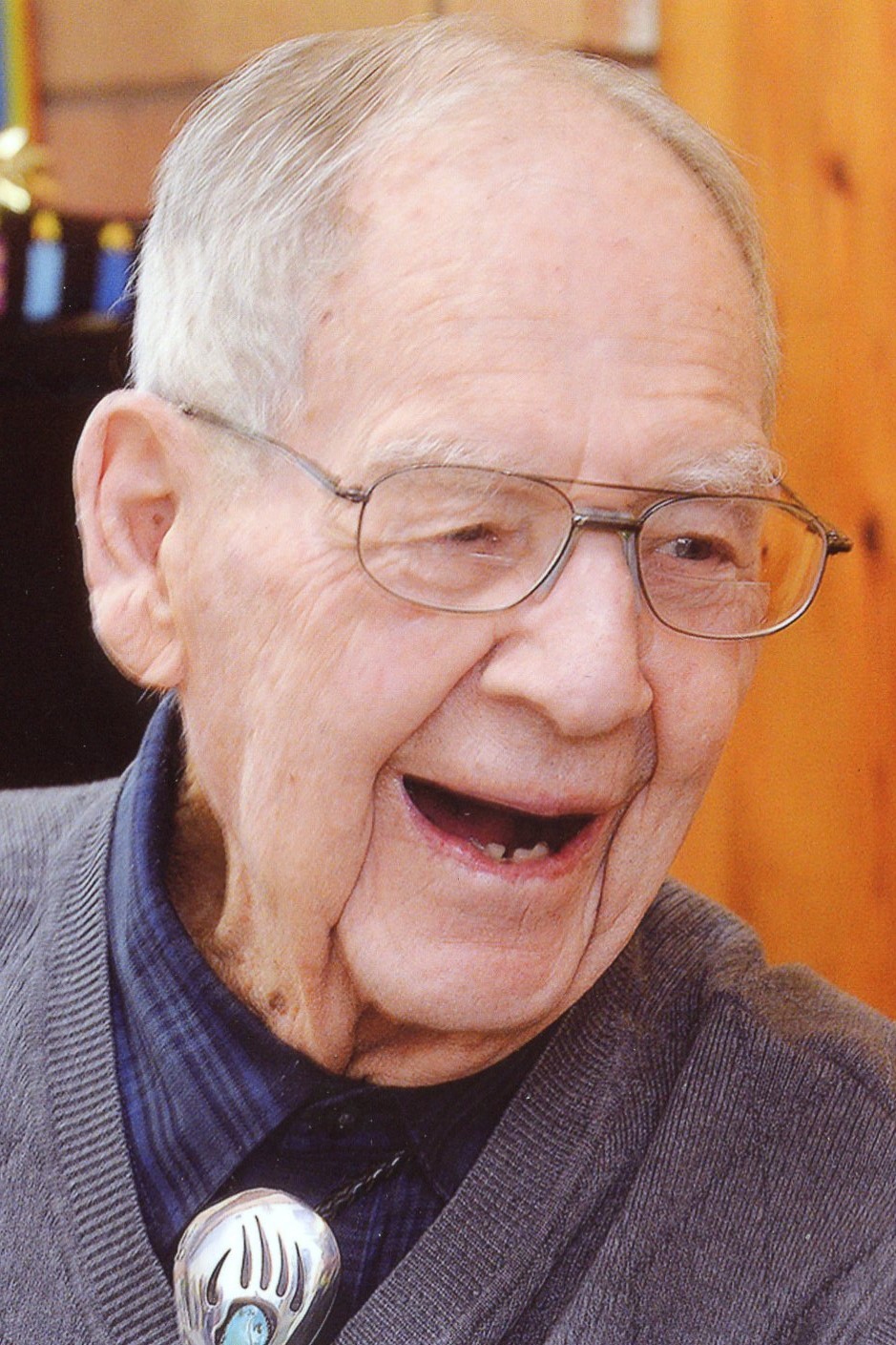 John William Thomas, a true gentleman, at age of 103, died at home on March 5, 2017. He is survived by son, William Merle Thomas and wife Judy; and daughter, Sandra Kaye Thomas and friend Bert Cooper. Grandfather of two, Julie Chamberlain and husband Dan, Jeffrey Thomas and wife, RoseAnna. Four great grandsons blessed his life, Joshua and Jason Chamberlain, Zachary and Trevor Thomas. Two sisters survive, Lorene Dalessandra (who turned 100 on the day John turned 103), Gertrude Flaugher and a brother-in-law, Lloyd Shore. Many extended family members, nieces, nephews and friends will miss him. He certainly loved them all. He was born to William Merle and Ada Thomas on February 4, 1914, in St. Louis, Mo. Preceded in death by his parents; eight brothers; two sisters; and his loving wife of 73 years, LaVona Henderson Thomas. John worked 43 years at Weicker Transfer and Storage Co., retiring as General Manager of the Pueblo operation. He treasured the friendships made with those he worked with. An active member of First Baptist Church for 60 years and a new member of Central Christian Church. Nothing made John happier than taking his family and friends to a lake with his boat. He taught many to water ski and use a surfboard. He was not a fisherman but was always ready to take his son and grandsons out on the water to catch the 'big ones.' When the snow fell the boat went in and the snowmobiles came out, affording his family and friends with more fun times. Later in life rides to the mountains and keeping track of the crops growing on the Mesa gave him much joy. John faced many challenges growing up and hearing his stories only made you love and admire him more. His family will treasure these stories forever. Later in life a highlight of his week was going out to eat and there are many restaurants that will remember John Thomas. He was full of kindness, never met a stranger, and could talk about anything and everything. The family wishes to express heartfelt appreciation to Sangre de Cristo Hospice staff and especially Ashley, his nurse, Megan, his CNA, and Becky Segala, his care giver. Viewing, 5 to 7 Thursday in the Montgomery & Steward Chapel. Service, 11 a.m. Friday at Central Christian Church, 1902 N. Hudson. Interment, 2:30 p.m. Friday at Roselawn Cemetery. In lieu of flowers, memorials may be made to Sangre de Cristo Hospice or Central Christian Church. Online condolences, www.montogomerysteward.com