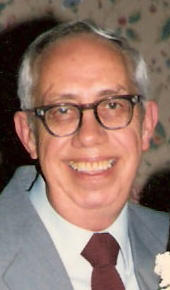 John William Dougherty, age 84, born October 13, 1925, in Jerome, Arizona, passed away on December 20, 2009. He was preceded in death by his wife, Kathryn Maxine Dougherty, to whom he had been married since June 21, 1947. He is survived by his children, Brian (and Pam) of Pueblo, Norman (and Julie) of Maine, Alan (Nobuko) of Washington state, and Bridget of Washington state. He is also survived by his grandchildren, Chesney and Lindsey (and their mother, Christy); Megan; William; and Kathryn, Margaret, Elizabeth and Rachel. He was predeceased by his parents, Russell A. Dougherty and Pearl (Shults) Dougherty. He had a Doctorate in electrical engineering and worked for General Electric his entire career. He will be greatly missed by his family and friends. The family will have a private remembrance. Online condolences, MontgomerySteward.com