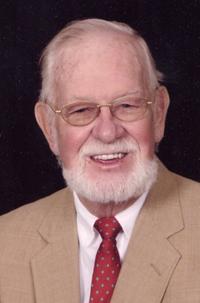 John R. Doyle 'Jack', 79, of Pueblo, Colo., passed away quietly to be with our Lord on Sunday, July 3, 2005. He is survived by his wife of 60 years, Betty; 4 children, Sandy (Edward) Ueeck, Jackie (Bill) Bekeza, Michael Patrick, and Joy (Terry) Henderson; his brother, Gene (Patti) Doyle; 6 grandchildren, Lori (Gil) Negrete. Tami (Bruce) Stotka, Jayde (Joe Easton) Bekeza, Taylor Bekeza, Laycee Bekeza, Allison Bree Doyle; 9 great-grandchildren, Joel Patrick and Carson Negrete, Tierney, Bailey, Riley, and Sydney Stotka, Beck, Lexi and Little Graycie Mae Easton. Jack was born in Paxton, IL. He graduated from Bloom Township High School in Chicago Heights, IL in 1944. He then attended Diesel Engine School, in San Diego, while serving in the U.S. Navy during WWII for 3-1/2 years and was commissioned as fireman first class on the USS Snowbell. He then resided in Chicago Heights, IL. He attended the College of Advanced Traffic Management in Chicago, IL for 3 years while working at Joyce Trucking Company where he retired after 33 years. Jack was an active member of the Chicago Heights Kiwanis Club as well as the American Legion. He owned BJ's Coffee Shop in Matteson, IL for 14 years until he retired again in 1993 and moved to Pueblo West, CO. He worked at Pueblo West Hardware and the Pueblo West Golf Course. He played golf in the Senior Beacon League and was active in the Pueblo West Gunslingers. In 2002, he moved to Presbyterian Towers in Pueblo and was appointed as the president of the residents' council. He also worked at the Tumbleweed Tavern in Pueblo West for several years. Jack was always a very active person who never met a stranger. He was a kind, considerate, and a very loving person. He will be greatly missed by all who knew him. There will be no viewing. Cremation, Montgomery & Steward Crematorium. A memorial service will be held 3 p.m. Friday, July 8, 2005, at First Presbyterian Church, 10th & Court, in Pueblo, with the Reverend Suzanne D'Spain officiating. Followed by flag presentation by Pueblo Veterans' Ritual Team. Those who desire may make memorials to Presbyterian Towers, c/o Montgomery & Steward Funeral Directors, P.O. Box 777, Pueblo, CO 81002. Online condolences, www.montgomerysteward.com