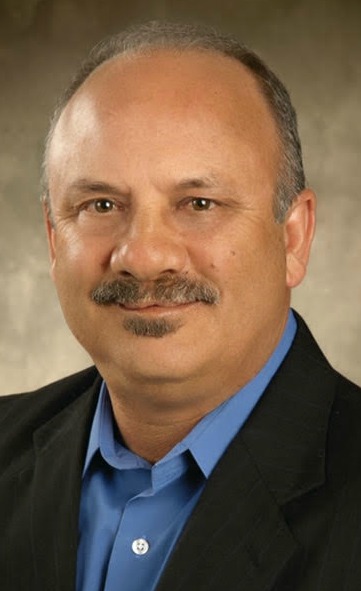 John Domenic Caligaris, born on January 14, 1959, was the third son born to his proud parents, Domenic and Rose Caligaris. He is preceded in death by his parents, Domenic and Rose. He is survived by his two children, Tony and Kelsey; along with his brothers, Robert and Fred (Janie) Caligaris; also nephews and nieces Natalie, Vincent, Craig and Heather. He was born in Pueblo and graduated from East High School in 1977. He grew up with a very tight knit group of friends who remained close throughout his lifetime, and could tell endless stories from the fun they all had growing up. His longtime nickname in this group is 'Hazard.' John co-owned Domenic and Sons Paint and Body, along with his brothers, mother, and father. John was a Certified Master Auto Body Technician and Certified Welder. He was excellent with any type of repairs, and was always willing to lend his skills to anyone who needed items fixed. John was an avid sports fan, and a longtime Denver Bronco season ticket holder. He coached many youth sports including football, baseball, softball and basketball; he continued long relationships with those who he met on the fields. In addition to coaching, he often was gracious with his time and resources to support youth sports in the area. He was instrumental in starting the East High Alumni Association by raising funds for the construction of the heritage hall and creation of the Athletic Hall of Fame. For his service to his alma mater, he was inducted into the Golden Eagle Hall of Fame in 2012. He played in the very first cannon game, and was happy to donate a free gold paint job to the cannon any time East won the game in recent years. John was an avid golfer and won numerous tournaments that he was very proud of, including the U.S.C. Million Dollar Shootout, Italian Invitational, and Walking Stick Club Championship. He carried a 6 handicap and cherished the evenings he could walk straight onto Walking Stick Golf Course from his home for an impromptu practice session. Above all else, John loved nothing more than being a father. He will be greatly missed, but more importantly, fondly remembered by his lifelong friends, golfing buddies, his family, and all who loved him. Funeral services will be held at Christ the King Parish, 1708 Horseshoe Dr.; Rosary Friday, June 14, at 6 p.m. and Funeral Mass on Saturday, June 15, at 10 a.m. Entombment to follow at Roselawn Cemetery. A reception will be held afterwards at the Walking Stick Community Center, 4310 St. Andrews Dr. In lieu of flowers, donations may be made to Suncrest Hospice, 1721 W. US Hwy 50, Pueblo, CO 81008. Online condolences, www.montgomerysteward.com