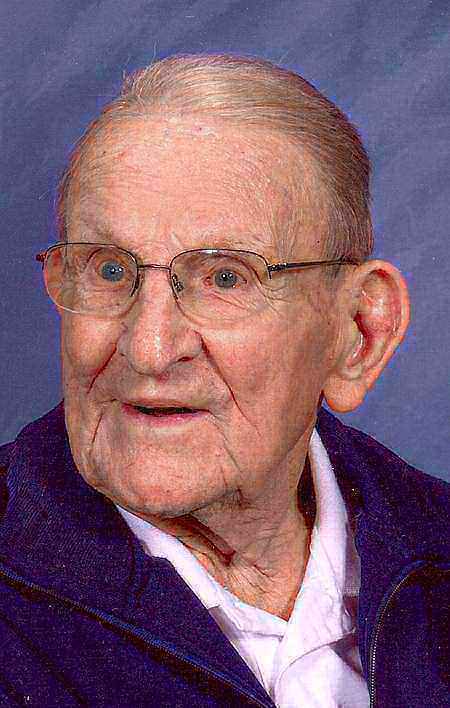 John C. Koman, 93, departed this life on May 12, 2010, into the Lord's loving arms. He passed away peacefully at home surrounded by his loving family and friends. He was born to Mary and Anton Koman on May 27, 1916, in Pueblo. He was preceded in death by his loving wife, Carmella; son-in-law, Bob Fleming; siblings, Frank Koman and Mary Koncilia. He is survived by his daughter, Mary Frances Fleming; son, Anton (Joan) Koman of Pueblo; daughter, Janet Fernandez (Dan) of Litchfield Park, Ariz.; grandchildren, Carl S. Marino (Begi) and Regina Marino (Doug) of Pueblo, Justin Fernandez (Diana) of Phoenix, Ariz., Jeremy Fernandez of Des Moines, Iowa; and numerous nieces and nephews. John attended St. Mary Grade School and graduated from Central High School in the class of 1936. He married his wife Carmella in 1940. He retired in July 1976, as a state employee from the former Southern Colorado State College as a security officer. He was a life member of the Elks Lodge #90 and the Fraternal Order of Eagles #145. John was a very giving and caring man and always put his children and grandchildren before himself. His family will always love and miss him. A gathering to celebrate his life with a viewing and rosary will be held 2:30 p.m. Sunday, May 16, 2010, in the Montgomery & Steward Chapel. A funeral mass will be held 10 a.m. Monday, May 17, 2010, at St. Mary Help of Christians Catholic Church, 217 E. Mesa Ave., with the Rev. Fr. Ben Bacino as celebrant. Elks service by BPO Elks #90 and entombment will follow at Roselawn Cemetery. A very special thanks to the staff of Sangre de Cristo Hospice. The family respectfully request the omission of food and flowers. Memorials may be made in John's memory to Sangre de Cristo Hospice through Montgomery & Steward Funeral Directors, 1317 N. Main St., Pueblo, CO 81003. Online condolences, www.montgomerysteward.com