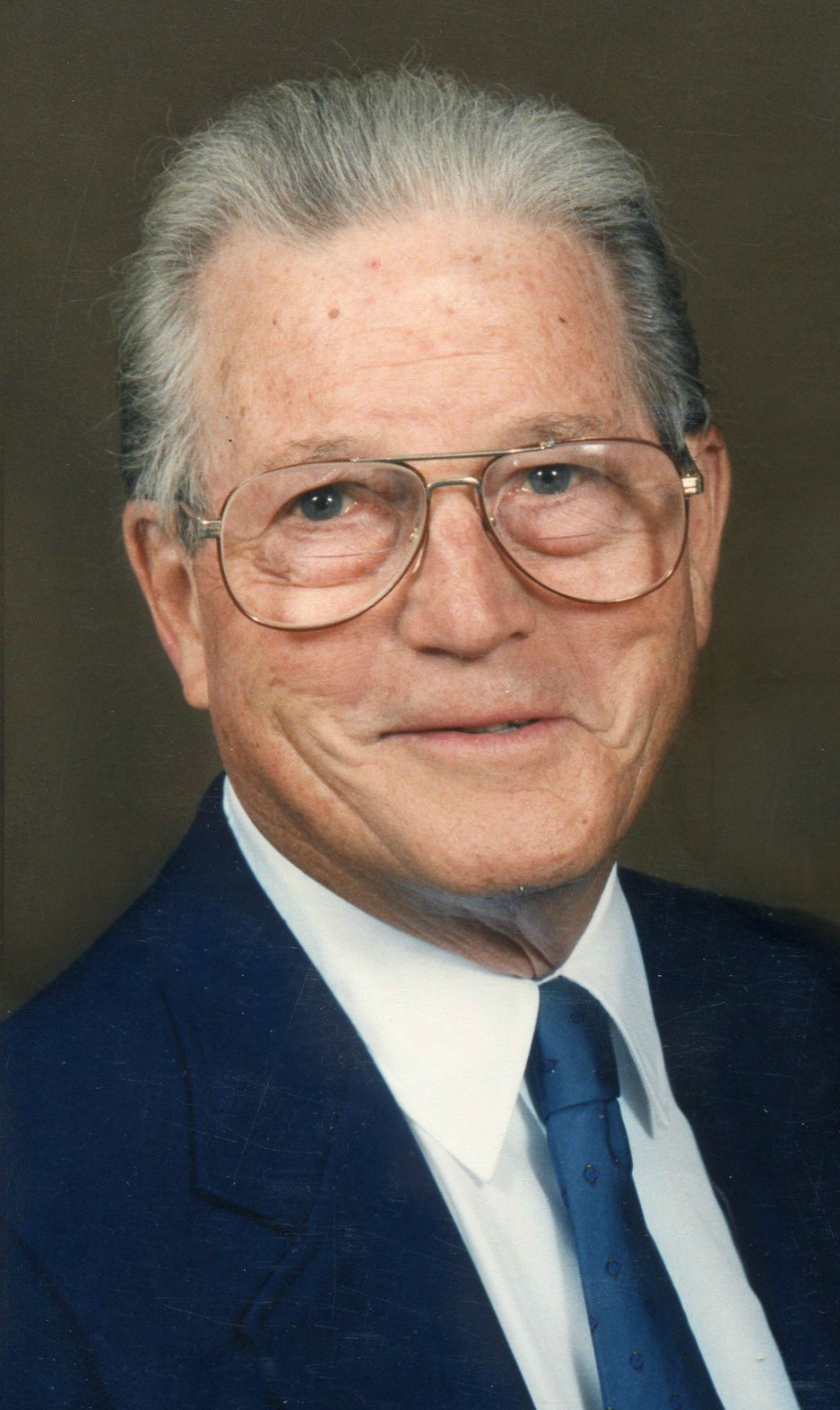 John A. Foute, Jr., 93, passed from this life on December 24, 2014, to join Jesus Christ, his Savior; 'For to me, to live is Christ, and to die is gain,' Philippians 1:21. John is survived by his wife, Elaine; three sons, Garret (Sandy) of N. Richland Hills, Texas, Steven (Kay) of Pueblo, and James (Jeanne) of Pueblo West. They have 38 grand and great-grandchildren. He was a brother to Betty (deceased) and Florence who lives in Jacksonville, FL. John was born on June 30, 1921, in Washington, D.C. He and Elaine were married in Stanton, Nebraska on April 10, 1943; over 71 years. He worked at San Isabel Electric, Industrial Gas Products and Damon Electric here in Pueblo. Elaine was an Avon representative for 42 years. They moved to Pueblo in 1961 and lived in Belmont until 2011 at which time they took up residence at the Primrose Retirement Community where Elaine still resides. During these many years, they have been active members of Bethany Lutheran Church. Together, they were Charter members of the Pueblo Chorale where they were blessed to be able to travel to Europe in 1985 under the director of Gerhard Track on a three week, 14 concert tour. John enjoyed gardening, traveling, and being a gracious husband and father. All who knew him remarked about his being a southern gentleman which he truly was. He volunteered with the Cooperative Care Center, and was a member of the Lions Club and American Legion. John served in the U.S. Navy during WWII as a radar man. The Pavlic was in commission from 1944 to 1946, serving in the Okinawa campaign as a radar picket ship. The Pavlic was decommissioned 15 November 1946. After returning home from the service, he worked at the Naval gun factory in Virginia as a machinist before taking at position at Potomac Light and Power. From there, he and Elaine moved to Wichita, KS for two years before taking a position with the Northwest Rural Electric Association (NWREA) based in WaKeeney, KS. While in Wakeeney, while working for the NWREA, co-owned and operated a Texaco gas station in combination with Culligan soft water sales and service. John traced his ancestry to George Washington on his Dad's side and was a member of the National Society of Washington Family Descendants. From his mother, he found ancestry to 2nd Lt. William Clark of the Lewis and Clark Expedition. Graveside service, 1:30 p.m. Monday, Mountain View Cemetery followed by a memorial service at 2:30 p.m. at Bethany Lutheran Church, 1802 Sheridan Rd. Memorials may be made to Sangre de Cristo Hospice through Montgomery & Steward Funeral Directors, 1317 N. Main St., Pueblo, CO 81003. Online condolences, www.montgomerysteward.com