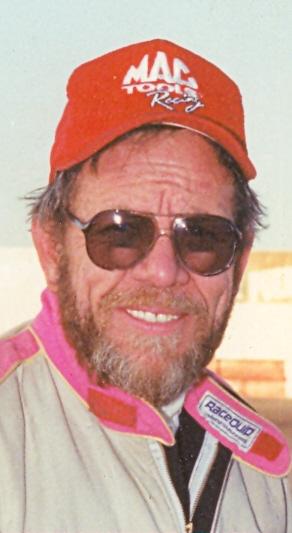 Jerald 'Sonny' Steir on Aug. 19, 2009, at 12:18 a.m., a Pueblo icon left to join his father, Tom; mother, Goldie; brother, Jim; daughter, Raelene; and mother-in-law, Lou, after his battle with Alzheimer's came to an end. To treasure his memory Sonny leaves behind the one person who took care of him for eight years and three months at home, his loving and devoted wife, Terry, and his pride and joy, his 11-year-old son, Austin; two beloved daughters, Tammy Steir-Orcutt (Jim Bowen) and Chantell (Chuck) Steir-Williams; and step-son, Dustin Smith. Sonny also left behind two sisters, Janet (Jim Weldon) and Jane (Bill Standfill); and brother, Jack (Nancy) Steir, who he loved so much. Sonny had many nieces, nephews, and grandsons who will also miss him. Sonny also left behind a special son-in-law, Ray Orcutt, who will also miss him dearly. Of those left behind, Sonny will be missed by his close friends, Linda (Don) Balerio and Linda (Craig) Dotson as well. Sonny was born June 23, 1944, in Rocky Ford. At a young age, Sonny joined and served in the U.S. Army and once he was out, took over as owner of the Tom's Towing business left to him by his dad. Sonny was an avid outdoorsman who loved to camp, fish, hunt, and drive ATVs. He raced the #32 car at Beacon Hill Speedway until he retired at the age of 50. Sonny belonged to a number of organizations including, the Masons and Shriners, which he was a part of for most of his adult life. He was also a member of the TRPC for more than ten years. It was the wish and request of Sonny that there be no viewing or services. Sonny's wish was for people to remember him as he was before he became ill. Terry and Austin can be contacted anytime Saturday, Aug. 22, at 837 23rd Lane. In lieu of food and flowers, there has been a college fund setup for his 11 year old son, Austin at Canon National Bank, contact Linda Balerio (544-5548) or donations in his memory to Animal Welfare, P.O. Box 11208, Pueblo, Colo., 81001. Online condolences, MontgomerySteward.com