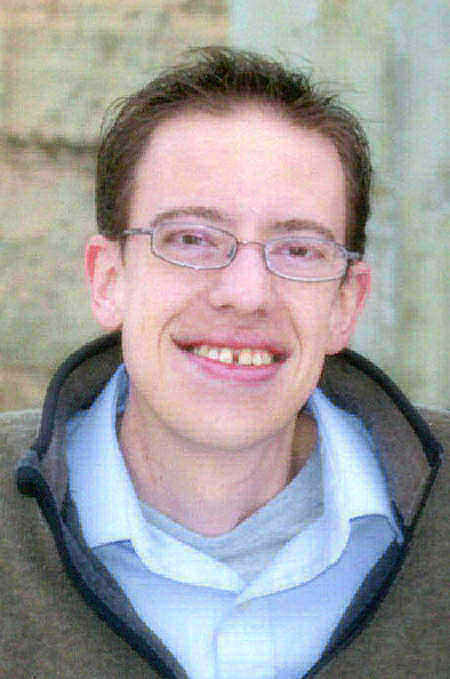 'TEACHER seeks pupil. Must have an earnest desire to save the world. Apply in person.' Daniel Quinn, from his book 'Ishmael' Jason Michael Lynch left us on January 15, 2013, surrounded by family and friends. While he lost his battle with cancer, cancer did not define his life. Jason's life was defined by his love for family, music, math, learning, friends, and a true belief that 'there is no one right way to live.' Jason was born in Montrose, Colorado, but lived most of his adult life in Pueblo. He graduated from Centennial High School in 2001. He graduated with a Bachelors of Science degree in Mathematics from the University of Northern Colorado in 2005. He enjoyed reading, politics, travel, adventure, and horticulture. Jason was as passionate about teaching as he was about learning. Everyone that met Jason loved his vibrant sense of humor and tender, compassionate presence. He loved debating politics and was extremely well versed on current issues related to economics. Jason started his musical career with his first drum set when he was in middle school. He eventually gave percussion lessons to share his love of the instrument. A versatile musician, he played with several different bands doing a variety of music styles. He was most notably associated with The Family Juls Band. He regularly performed in Pueblo and southern Colorado. Coors Tavern, The Beer Barrel, and the Riverside pubs were regular venues for Jason and the band. He spent the last two years of his life doing something he truly loved...teaching kids about math. He taught at Central High School in Pueblo, Colorado. He had three rules in his classroom. Peace - respect each other, Love - treat everyone with compassion, and Math - follow Mr. Lynch's rules. He loved teaching, spending time with his students and making mathematics meaningful to them in their lives. He would frequently provide extra tutoring when they struggled and started the first Chess Club to keep then engaged in learning. He taught English in Seoul, Korea, for two years prior to joining the faculty at Central High School in Pueblo. Jason's most fond memories included traveling abroad with his best friends. He traveled to Asia, Venezuela, London, and Amsterdam. Jason is survived by his mother, Renee Elwell; his father, Ed Lynch; and step-mother, Janet Lynch. He is also survived by siblings, Amanda, Karen, David, and Jonny Lynch. Special thanks to his dear friends, Kevin and Cody Buchanan, Seth and Shane Urban, Julie Bayci, Kevin Hall, Richard Trujillo, Pat Krasovec, and Sandy Nebl. Cremation, Montgomery & Steward Crematorium. Service, 2:30 p.m. Saturday, Jan. 19, Sangre de Cristo Arts and Conference Center. Memorials may be made to the Jason Michael Lynch Memorial Education Fund to be used for education and scholarships through Wells Fargo Bank. Online condolences, www.montgomerysteward.com