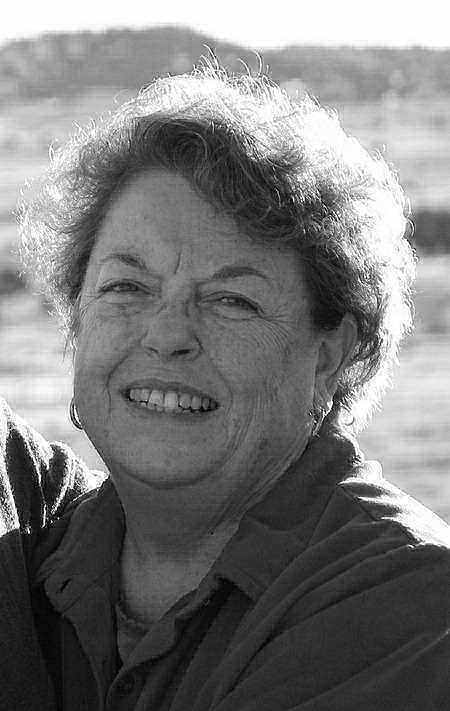 Janet LaVern Sweet, 69, born March 6, 1943, in Springer, NM, to Virgil and Bernadine Peek. Suddenly called home to be with the Lord on November 30, 2012, in Pueblo, Colorado. She married her childhood sweetheart, Jerry L. Sweet on June 18, 1961, a marriage that lasted for 51 and a half years. She is survived by her husband, Jerry; daughters, Cindy(Greg) Boerhave of Pueblo, CO, Christy(Reece) Gonzalez of Apopka, FL, Kerry(Todd) Seip of Pueblo, CO. Grandchildren Sierra, Garrett, Kai Lin and Li Hong; older Sister Shannon (Herb) Jordan and younger brother Mike (Merrilou) Peek, both of Arizona and numerous nephews and nieces in Colorado, Arizona, and California. She was preceded in death by her sister, DeLynn Peek, parents Virgil and Bernadine Peek, and numerous aunts, uncles and cousins. She was a stay at home mom until the older girls started middles school, when she returned to college to pursue her nursing degrees. She graduated from the Nursing programs at the University of Southern Colorado and Regis University. During her working career, as a Registered Nurse, she worked in Pueblo at both St. Mary Corwin and Parkview Hospital and finished her nursing career at Arkansas Valley Regional Medical Center, in La Junta, CO, as a House Supervisor, when she was disabled from her heart surgery that left her an amputee for the last 8 and a half years. She loved nursing and enjoyed teaching new nurses the fine art of patient care. Her mentor in the nursing world was Sister Nancy Crafton. She was a member of Mesa Bible Church and she always testified she came to the saving knowledge of Jesus Christ as a 9 year old during an Easter presentation at the Lime School where she attended as a child. She was also a recognized and awarded poet by the International Society of Poets, being honored to read her work at an annual convention in Washington DC. She loved her family the most and her life was dedicated to taking care of them. After raising 3 daughters and lovingly accepting 3 sons into her family, her grand babies were her pride and joy. She also loved reading, growing gardens, and building and working on computers and playing games on them into the wee hours of the morning. But camping and fishing trips were always the best part of her summer vacations; something she enjoyed since childhood. She is greatly missed by her family and all her knew her. On Monday, December 10, 2012 at 10a.m. we will celebrate her life at Temple Baptist Church, 3030 Thatcher, Pueblo, CO. Pastor Ken Bates officiating. Internment will be a private family service. In lieu of flowers, donations can be made to the Pueblo Bank & Trust Janet Sweet Memorial Fund to assist with the unexpected funeral expenses. The family wishes to thank everyone for their prayers and support during this unexpected loss. Online condolences at www.montgomerysteward.com