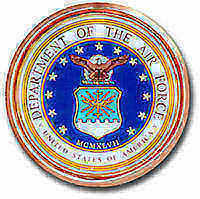 James William 'Bill' Groom, 66, of Colorado Springs, Colo., passed away Jan. 21, 2013. Born July 20, 1946, to May and Glen Groom in Smithville, Mo. Bill was the first of his family to be born in a hospital. Bill grew up in Gower, Mo., on the family farm. He graduated from Gower High School in 1964. It was while attending grade school that he met his future wife, Diane. Together since tenth grade, they married Sept. 25, 1965. Bill served as a SGT in the United States Air Force. He served his country from March 1966 until being honorably discharged in Jan. 1970. A veteran of the Vietnam War he received the NDSM, VSM w/1BSS, RVCM and AFGCM. Bill was also an avid supporter of United States Air Force Academy Hockey and Football teams and was a season ticket holder for many years. After attending drafting school, he started in the steel industry in 1965. He started in the drafting department and then moved into sales. While working, he graduated from Maple Woods College with an Associates of Business Degree. After 46 years in the steel industry, he retired in 2011 as the Director of Rod and Bar sales at Evraz Steel in Pueblo, Colo. Bill and the family moved all across the country and made many lifetime friends during his years as a salesman in the steel industry. He loved his work, he retired twice, but what he loved most was being a father and grandfather. A humble and well-loved man by all who knew him, Bill is survived by his wife of 47 years, Diane; two daughters; Katharine (Dave) Barnes of Delaware, Ohio, and Lynsey (Dr. Frederick) Mechanik of Colorado Springs; three grandchildren; Karina McLaughlin, Madaline Angel and Weston Barnes; sisters, Ella (Bud) Williams, Betty (Chuck) Anderson, Glenda (Elmer) Curtner and Sherri (Patt) Lilly; brothers, Bob Groom and Ben Groom. Survived also by numerous nieces, nephews, great nieces, great nephews, great-great nieces and great-great nieces and nephews. Service, 11 a.m. Saturday, Jan. 26, 2013, St. Michael's Episcopal Church, 7400 Tudor Rd., Colorado Springs, CO 80919. Father Gary Parker will be officiating. Interment with military honors immediately following the service. In lieu of flowers, donations may be made to the Warrior Family Community Partnership, 6371 Specker Ave., Building 1532, Ft. Carson, CO 80913-4104. Please make checks payable to WFCP and include 'Bill Groom' in the memo line. Online condolences, www.montgomerysteward.com