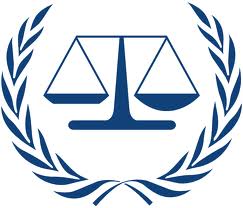 James Robert Gerler received eternal life on August 4th, 2019. Jim was born and raised in Pueblo, CO. He graduated from Central High School in 1968, Southern Colorado State College in 1972, served his country in the Army for two years, and earned his juris doctorate from Valparaiso Law School in 1977. Jim went on to a distinguished legal career of 42 years in Pueblo, where he raised his family and became a fixture in the community. Jim was a lifelong member of Trinity Lutheran Church and served the Lord on the Board of Education, Board of Elders, and as chairman of the congregation. Jim will be remembered as a loving and faithful husband, a devoted father, and a beloved brother, uncle, cousin, and friend. He was a businessman, scholar, athlete, coach, Rockies fan, fisherman, wood-worker, pianist, and poet. More than anything else, Jim wanted to be thought of as a sinner saved by the grace of God through his faith in Jesus Christ his Savior. Jim has been reunited in heaven with his father, Edwin and his mother, Agnes(McMeekan). He is survived by his cherished wife, Carol(Christensen); his son and best friend, Bradley; brother, Edwin(Muffin); sister, Margaret Ann(Jim Whitmire); longest friend and brother-in-law, Robert(Margaret) Arnot; many cousins, nieces and nephews, great-nieces and great-nephews, and several wonderful and loyal friends. A memorial service will be held at 11 a.m. on Saturday, August 10, at Trinity Lutheran Church, 701 W. Evans Ave. In lieu of flowers or gifts, donations may be made to Trinity Lutheran Church, 701 W. Evans Ave., Pueblo, CO 81004. Online condolences, www.montgomerysteward.com Hallelujah! For the Lord God Omnipotent reigneth! The Kingdom of this world is become the Kingdom of our Lord, and of His Christ: and He shall reign for ever and ever! King of kings, and Lord of lords!