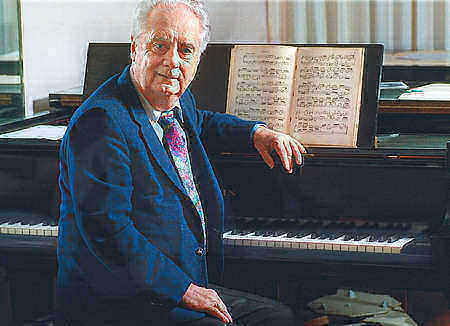 James L. Duncan, 85, passed away Sept. 29, 2011. Born to C. Boone and Elizabeth Duncan on June 14, 1926, in Clarksville, Mo. He graduated from the Louisiana, Missouri High School with highest honors. He received his Bachelor of Music degree from Central College in Fayette, Mo. and his Masters degree in music from Eastman School of Music in Rochester, N.Y. Veteran of the US Army where he served in the 199th Army Band. He started his teaching career at Hurley High School in Texas and also served as director of Grant County Community Chorus. He joined the Pueblo Junior College (now CSU-P) faculty in the fall of 1958, teaching courses in piano, piano ensemble, and music theory. He was involved in early discussions on the development of the department of music and its subsequent accreditation as a four-year institution in 1966. He judged music competitions all around the country including Carnegie Hall in New York City. He served as the music critic for The Pueblo Chieftain and Pueblo Star-Journal for 12 years and also wrote program notes for the Pueblo Symphony. Viewing from 4 to 6 Tuesday, Oct. 4, 2011, and from 1 to 3 p.m. Wednesday Oct. 5, 2011, in the Montgomery & Steward Chapel. Concluding services and interment will be in Clarksville, Mo. Online condolences, MontgomerySteward.com