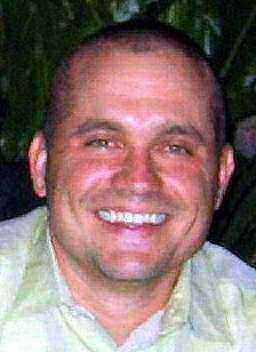 James Joseph 'JJ' Patti II passed away unexpectedly July 16, 2011. He was born Feb. 13, 1977, to James J. Patti Sr. and Judy Patti in Pueblo, Colo. Preceded in death by his father, James J. Patti Sr.; grandfather, Angelo Patti; grandparents, Viola and James L. Latchaw; grandmother-in-law, Bettye Payne; grandfather-in-law, Jerardo B. Reyes; and nephew, Mason Reyes. Survived by the love of his life, his wife, Melissa; his beloved children, Kennedy and 'JJ' III; his mother, Judy Patti; grandmother, Elsie Patti; siblings, Anthony (Shannon), Aaron (Kristin), Chris (Edie), Amy (Brian) Turner, Jeff (Megan) Reyes and Aaron Reyes; mother and father-in law, Teresa and Rick Reyes; grandmother, Nellie; nephews and nieces, Terra, Joey, Lauren, Morgan, Vinny, Gino, Sonny, Ella, JC, Jackson, Gracen and Carter; aunt, Bobbie Droessler; cousins, Michael (Heather), Michael Jr. and William Droessler; along with numerous other cousins, nephews and nieces, aunts and uncles. JJ was a 1995 graduate of Pueblo County High School, and earned a bachelor's degree in chemical engineering from the University of Colorado at Boulder, after which he was employed by Andersen Consulting. At the time of his passing, he was Senior Director of Strategic Planning for Newmont Mining, a company he was proud to be a part of. This employment allowed JJ to follow his passion of travel. Along with a two-year stay with his family in Peru, his service for his company took him to six continents of the world. JJ was a CU Buff football season ticket holder; he loved cheering for the Buffs and was proud to be an alumni. He was proud of all the Colorado teams and supported the Rockies, the Broncos and the Avalanche. He enjoyed playing golf whenever he could and his favorite place to play was Blackstone Country Club, of which he was a member, and in Pueblo at the Italian Open. The Super Bowl and the parties that came along with them were another of his favorites; therefore, he hosted the Jim Patti Memorial Super Bowl Party that was second to none. His parties were known around the city for the food, the prizes, the class and JJ's favorite, the big dice tables. He also attended the parties hosted by the Sons of Italy of which he was a member. JJ's true passion and love above all else was family. He enjoyed taking vacations with his family and spending every second available with his wife of 11 years, and spoiling, praising, teaching and caring for his sweet daughter, Kenners, and his best bud, JJ. There will be no viewing. Funeral service, 2 p.m. Friday, July 22, 2011, in the Pueblo County High School gymnasium. Entombment will follow at Roselawn Cemetery. In lieu of food and flowers, memorials may be made to JJ Patti Memorial Fund in care of Montgomery & Steward Funeral Directors, 1317 N. Main St., Pueblo, CO 81003, to be distributed to his favorite charities. Online condolences, Montgomery Steward.com