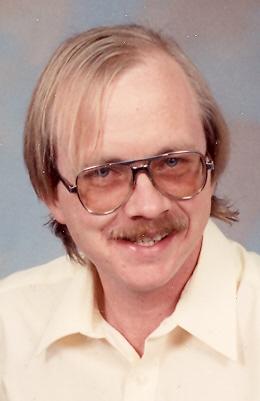 James 'J.D.' Portenier, 48, born May 17, 1958, passed away peacefully Sunday, April 15, 2007, at his home in Pueblo, Colo., following a lengthy illness. J.D. was known for his love of the outdoors, music, computers and was an excellent marksman. He loved all children and animals and delighted in sharing his hobbies with his grandchildren, nieces and nephews. His intelligence was rivaled only by his sense of humor and his kindness. J.D. was a 1976, Pueblo County High School graduate and he received his Bachelor of Science Degree in 2002, from Colorado State University-Pueblo. He was preceded in death by his sister, Pamela. J.D. is survived by his daughter, Holly Lynn (Sean) Bettendorf; his parents, Derald and Loretta Portenier; sisters, Marti (Michael) and Pauli; his grandchildren, Summer Portenier and Blake Bettendorf; and his nieces and nephews, Andrew, Tyler, Adam and Hannah. He also leaves behind his beloved feline companions, Fido and Odif. Cremation, Montgomery & Steward Crematorium. A memorial service will be held 11 a.m. Saturday, April 21, 2007, in the Montgomery & Steward Chapel. In lieu of flowers, please make memorials to Kidney Foundation or Animal Welfare and Protection Society, through Montgomery & Steward Funeral Directors, 1317 N. Main St., Pueblo, Colo. 81003. Online condolences, www.montgomerysteward.com