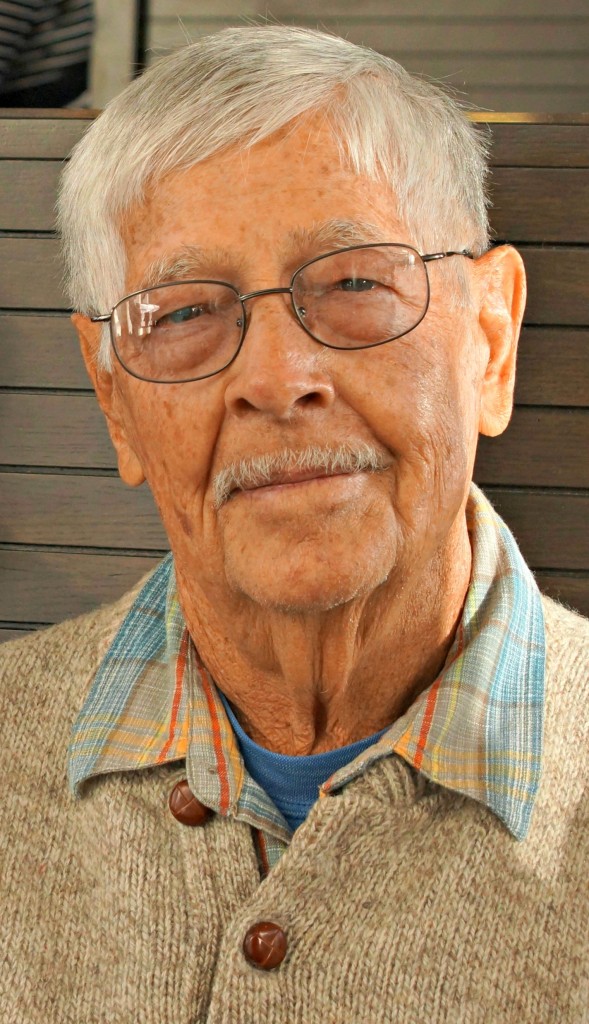 James Harold Sherwood died July 19, 2018, in Pueblo. He was born February 22, 1927, in Jordan, South Dakota. Jim's family moved to Denver, Canon City and Vista, Calif. before settling in Pueblo. Jim was the devoted husband and best friend to Virginia Sherwood, who preceded him in death in 2016 after 58 years of marriage. Jim and Virginia were a great team, with family being their highest priority. His children include, Brad Sherwood (1950-1975), Paula Sherwood Diaz (Carlos), Karla Brown (Scott) and Brian Sherwood; as well as grandchildren, Chad Lenzini (Nicole), Haley, Maddie, Chandler and Matthew Zitzmann, Kristina (Austin VanDyke) and Sarah Brown; and great-grandchildren, Jacob and Kennedy Lenzini. Jim was preceded in death by his wife, Virginia; his son, Brad; by his parents, Harold and Beulah Sherwood; and siblings, Marjorie Bruce, Donna Fetty, Richard Sherwood. He will be missed by sisters, Marvel Dowling, Dorothy Runco and Winifred Alvey. Jim served in the navy in WWII and retired from the City of Pueblo and later from the State of Colorado. Jim is remembered for his love of life, the outdoors and his wonderful humor. He truly valued his friends and stayed close to them over the years. Celebration of life will be held 2 p.m. Friday, July 27, at Tabor Lutheran Church, 102 East Orman Ave., Pueblo CO. Online condolences, www.montgomerysteward.com