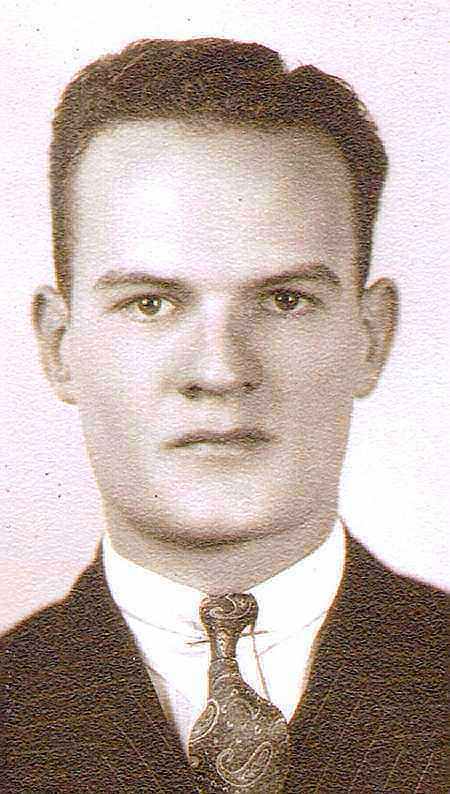 James B. Coudayre was called to God's eternal home on July 21, 2010, in Las Vegas, Nevada. Jim was born Jan. 4, 1922, in Pueblo, Colo. He attended St. Francis Xavier Elementary School and graduated from Pueblo Catholic High School in 1940, where he excelled on the basketball team. He enlisted in the United States Marine Corps in 1940, where he was a corporal during World War II and was a part of the 2nd Marine division. He fought in numerous battles in the South Pacific, specifically, Tarawa and Saipan. He was honorably discharged in 1945. In 1946, Jim married the love of his life, Patricia Mae Fitzpatrick. He worked at the CF&I Steel Mill and was then an apprentice plumber for Porter Plumbing and Heating Co. He and his wife Patricia worked side by side in establishing Grand Plumbing & Heating which they ran together for 45 years before retiring to Las Vegas in 1992. Jim was a devout Catholic and active member of the Cathedral of the Sacred Heart. He was a lifelong learner and enjoyed auditing many college courses. Jim particularly enjoyed playing bridge where he became an avid player. Jim's family was most important to him and he took pride in his children, grandchildren and great-grandchildren. He lived his life by giving to others and generous acts of kindness. Jim was preceded in death by his parents, Victor J. and Mabel Coudayre and the following siblings, Victor J. Coudayre, Leo C. Coudayre, Dorothy M. Lynch, Gertrude F. Siegle and Margaret K. Reifenrath; nephew, J.W. Reifenrath III; and niece, Geraldine Trevithick-Boling. Jim is survived by his wife of 63 years, Patricia; son, James J. Coudayre; daughter, Johanna (Randy Spicola); grandchildren, Heidi Jones, William (Katie) Hobson, Ashley Hobson, Victor Coudayre and James W. Coudayre; five great-grandchildren, Russell, Deena Jo, Timothy, Emilia and Clara. He is also survived by local nieces, Virginia T. O'Donnell, Georgine Masciotra, Kathleen Smith and Christine Reifenrath of Denver and Juleen Dellacroce of Colorado Springs; nephews, F. James Siegle, Windsor, Victor W. Coudayre and Tom J. Coudayre of California; and numerous great-nieces and nephews. Rosary, 1:30 p.m. Monday, Aug. 2, 2010, followed by the Mass at the Cathedral of the Sacred Heart, 11th and Grand, concluding with full military honors by the Pueblo Veterans' Ritual Team. A private interment will take place at a later date. The family will greet friends in the Montgomery & Steward Banquet Hall following the service. In lieu of flowers, donations may be made to the American Cancer Society or Pueblo Catholic Charities either direct or through Montgomery & Steward Funeral Directors, 1317 N. Main St., Pueblo, CO 81003. Online condolences, www.montgomerysteward.com