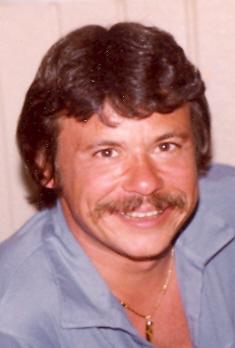 John 'Jack' 'Spanky' Blasing, 60, went home August 2, 2007. Survived by his wife, Patti Blasing; children, Debbie Brandenburg of Ft. Collins, CO, Jaelee (Anthony) Fetrow of Pueblo, CO, Laura Blasing of Denver, CO, Brock Blasing of Colorado Springs, CO; brother, Jim (MaryEllen) Blasing of Pueblo, CO; mother and father-in-law, Gordan and Dona Kaufmann and Gerald and Betty Barbera of Pueblo; and grandchildren, Karis Blasing, Mackenzie Blasing, Kalea Fetrow and Tayten Fetrow; and numerous nieces and nephews. Preceded in death by his parents, James A. 'Spank' and Francis B. Blasing. Jack was born on February 8, 1947, in Manhattan, Kansas. He graduated from South High School where he was active in football and baseball. He graduated from USC (SCSC) in 1969. After a brief career in teaching and coaching he became an insurance agent for Equitable Insurance where he won numerous top sales awards for this region. Jack loved and lived life...mostly on his own terms. He was never afraid to let his opinion be known. As the patriarch he checked on his family and friends daily this included long discussions on how they were doing and how he could help. Jack enjoyed golfing, fishing and camping. He was an attendant of Lake Ave Baptist Church. Jack loved people and people loved him. He knew everybody and no one was a stranger. His compassion and generosity for his family, friends and acquaintances was unparalleled. Special thanks to Jack's family, friends, neighbors, buddies, Dr. Clark, Dr. Shapiro, Steve and Debbie Vialpando, friends at LinCare. There will be no viewing. Memorial service, 10 a.m. Thursday, August 9, 2007, at Lake Ave Baptist Church, 1345 Lake Ave., with Pastor Robley Clausen officiating. In lieu of food and flowers, memorials may be made to CSU-Pueblo Spank Blasing Memorial Scholarship Fund or Holly Tornado Victims Fund, through Montgomery & Steward Funeral Directors, 1317 N. Main St., Pueblo, Colo. 81003. Online condolences at montgomerysteward.com.