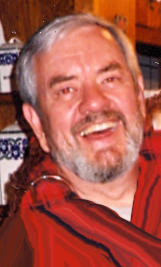 Jack G. Crawford, DDS, 82, passed away on May 5, 2012. Jack was born in Portola, Calif. on April 21, 1930, to John and Bertha Crawford. He grew up in Rock Springs, Wyo. Graduating in 1954, Jack earned his undergraduate and graduate degrees at Creighton University. He was licensed to practice dentistry in Illinois and Colorado. After college during the Korean War, he served as a Navy dentist at Great Lakes. Upon discharge from the Navy, he moved to Pueblo where he practiced dentistry for nearly 40 years, retiring in 1994. As a young man, Jack hunted and fished, was an avid skier and sailor, and enjoyed falconry. A fine craftsman, he was an accomplished woodworker, electrician, plumber and home builder. Jack had a wide variety of interests and hobbies, including gardening, reading, ballroom dancing, billiards, and cooking for his family and friends. Jack was a gentleman, a faithful friend, a loving son and son-in-law, and a devoted husband. He will be missed more than words can say. He was preceded in death by his parents; father-in-law, Robert R. Johnson; brother-in-law, Bobby Johnson; and cousin, Julianne Fabiny. Jack is survived by his wife of 28 years, Linda; his 'best mother-in-law in the world,' JoAnn Johnson; close friends, Dale Stoker, Ron Moreschini, Dan (Tami Casack) Sheets, and Bonifacio (Stella Velarde) Rodriguez; many good friends; numerous cousins; and his girls, Fancy and Xena. Special thanks to those who helped him during his brave battle with cancer: Dr. C. Scott Howe, Dr. Geoffrey Johnson, Dr. Sofyan Radaideh, Dr. William Gonzales, their nurses and the nurses of St. Mary Corwin Medical Center Oncology Department, Sangre de Cristo Hospice Staff, especially Rebecca Whittington, RN. Our gratitude as well to the many friends and family who offered assistance and prayers, called, sent cards, brought food, visited and entertained Jack in his final days. Cremation, Montgomery & Steward Crematorium. At Jack's request, no services. Memorials may be made in his name to the Raptor Rehabilitation of Pueblo, 4028 W. 11th St., Pueblo, CO 81003. Online condolences, www.montgomerysteward.com.