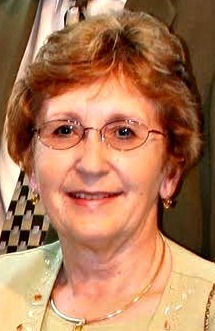 Inge Oechsle, 74, passed away Jan. 29, 2017. Inge was born in Germany on April 5, 1942, immigrated to the United States in 1960 and became a citizen in 1966. She was employed by US West, retiring in 1995 as a technical assistant in engineering. Upon retiring, she became active in Assistance League of Pueblo. She was one of the founding members the Pueblo German Club and served as its president for one year. Inge was active for 20 years in the Keep Pueblo Beautiful Association, serving as president two years. She was presented with the Ingrid Ahlberg award for her service with them. Because of her love of classical music, she was a longtime supporter of the Pueblo Symphony through Pueblo Symphony Friends' fund raising events for the symphony. She was also a member of Telephone Pioneers and Pueblo County Historical Society. Survived by her devoted husband of 43 years, John Oechsle; children, Bryan (Dianne) Springfield of Sedona, Ariz., Gary (Dayna) Springfield of Redlands, Calif., Natalie (Jack) Bard of Cotopaxi, Colo. and Heidi (Jack) Rodosta of Springtown, Texas; eight grandchildren; and seven great-grandchildren. There will be no viewing. Cremation, Montgomery & Steward Crematorium. Memorial Mass, 10 a.m. Saturday, Feb. 4, 2017, at Christ the King Church, 1708 Horseshoe Dr. Those who desire may make memorials to the Pueblo Symphony Association, 301 N. Main St., Suite 106, Pueblo, CO 81003. Online condolences, www.MontgomerySteward.com