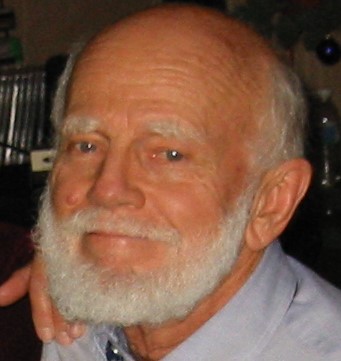 Ibsen Feydore “Ib” Birgers, 91, passed away Jan. 13, 2021, at his home. Ib was born on Dec. 28, 1929, in Chicago to Daniel and Esther Birgers. When he was an infant, his family moved to San Francisco (just south of Haight Street on Ashbury, before that had any cultural significance). He considered San Francisco his hometown. After graduating from high school, he lived in Sweden for three years, getting in touch with his roots. This was followed by a stint in the U.S. Army in Germany during the postwar occupation. He received a B.A. from San Francisco State University, and a Masters in Social Work from Sacramento State University. While working for social services in Santa Clara, Calif., he met Midge Trossen, a co-worker. They got married in 1964. In 1970 they moved to Midge’s hometown of Pueblo. He was a team leader in the adult psychiatric division of the Colorado Mental Health Institute for 25 years. Ib’s intellectual curiosity and interests were boundless. If he wasn’t reading books about crows, language or philosophy, he was creating art, baking bread, gardening, folkdancing or philosophical dialoguing. He always found something new to try. The walls of the family home are full of his paintings and sketches. He loved the outdoors. Many vacations were spent camping, hiking and birdwatching. He and Midge enjoyed international travel after retirement. He was active in the Unitarian Fellowship for 46 years. Most importantly, he was a loving husband, father and friend to many. He will be missed! Ib is survived by Madelyn “Midge” Birgers, his wife of 56 years; sister, Zandra (Leon) Perlinn of Gulf Breeze, Fla; daughters, Cassandra (Jeff) Cohen of Princeton, N.J., Andrea (Martin) Birgers of Boulder; son, Kristofer (Candida) Birgers of Colorado Springs; stepson, David Birgers; grandchildren, Alex Cohen, Johanna Starr, Annette, Ava, William and Weston Birgers; and a great-grandson, Lucas. Celebration of Ib’s life will be held at 10:30 a.m. on Saturday, Sept. 25, 2021, at the Nature & Wildlife Discovery Center’s pavilion, 5200 Nature Center Road.  In lieu of flowers, donations can be made to the Nature and Wildlife Discovery Center (PO Box 99, Beulah, CO 81023 or https://hikeandlearn.org/membershipdonations/donate/). Online condolences, www.MontgomerySteward.com