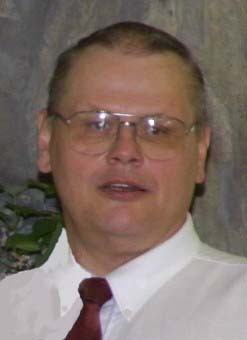 Howard S. Lukenbill, 63, passed away December 18, 2007. He is survived by his brother, William 'Bill' (Judy) Lukenbill of Pueblo; nieces, Lauren and Jennifer Lukenbill of California; grandniece, Alyssa J. Lukenbill; and a host of friends and 'church and barbershop family.' He was preceded in death by his parents, Howard O. and Thelma I. Lukenbill. Howard was born in Pueblo on July 20, 1944, and had been a lifelong resident, graduating from Central High School in 1962. He attended Pueblo Junior College where he studied music. He was church organist for nearly 50 years at several Pueblo churches; for the past 26 years he was the organist, minister of music and moderator at First Congregational UCC. Howard was a proud member of the Pueblo Police Department and after nearly 30 years of service, retired as a Sergeant in 1999. He was a charter member of Pueblo Sunsational Chorus of Barber Shop Singers (SPEBSQA) and served on several boards, including the Pueblo Liquor Board and Pueblo Suicide Prevention Board. He was a member of So. Pueblo Lodge #31, A.F. & A. M and Pueblo York Rite Bodies. His dedication to what he believed in and his bigheartedness will live on in the hearts of many. At his request, there will be no viewing. Cremation, Montgomery & Steward Crematorium. Memorial service, in celebration of his life, 3 p.m. Friday, Dec. 28, 2007, at First Congregational UCC, Evans and Jackson, with the Rev. Dr. Randy Wilcher officiating. The Pueblo Police Honor Guard will render honors at the service followed by a reception in the church Mayflower Hall. Memorials may be made to First Congregational UCC Memorial Fund or Camp Colorado, through the funeral home. Online condolences, MontgomerySteward.com