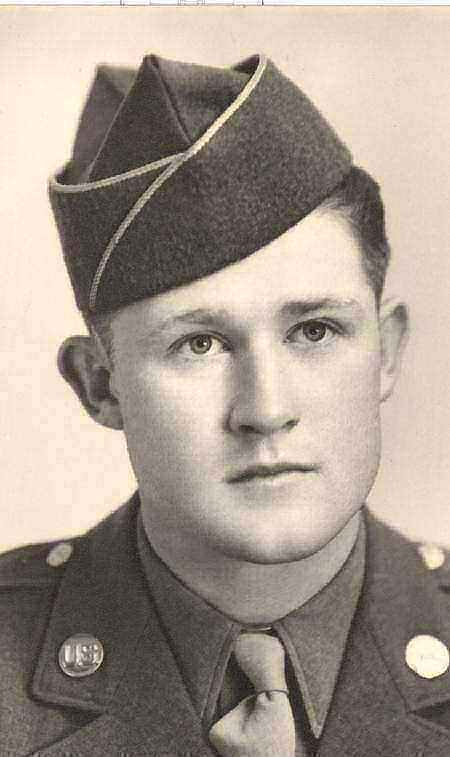 Full funeral notice Saturday & Sunday in the Pueblo Chieftain. Full notice in Valley Courier Saturday.<br>Two photos & U.S. Flag<br>Grant William Hurley ('Doc', 'GW') was born on February 24, 1924, in Antonito, Colorado, to Dr. James R. Hurley and Hester McKim Hurley. At age nine his family relocated to Alamosa, Colorado, where he completed high school. His childhood was full of mischief and adventures, going on house-calls with his father, riding, hunting, pack trips and developing a lifelong love for horses, dogs, and the mountains around the Conejos River. As early as the seventh grade he wanted to be a doctor. <br>He attended the University of Colorado in Boulder for three years when World War II interrupted his education. He enlisted in the United States Army and was sent to the Philippines and Okinawa. He earned the Combat Medical Badge and two Purple Hearts. He was fiercely proud of his country.<br>Upon his return from the war, he finished his undergraduate degree in his hometown of Alamosa at Adams State College. He then attended the University of Colorado Medical School in Denver. While there, on a blind date, he met a bright and attractive young nurse, Beverly Huot. Grant completed medical school, married Bev, and moved to Phoenix, Arizona, to fulfill his medical internship. <br>In 1953, Grant moved back to the Colorado he loved and settled in Pueblo. He joined the general/family practice of Dr. Carl Swartz, and they shared a unique and special respect for one another, practicing together for thirty years. Upon Dr. Swartz's retirement, Grant's son, Dr. Grant Allen Hurley, joined him in practice for five happy years before moving on to the San Luis Valley. Dr. Grant senior worked in his general practice another five years until 1992, and then limited himself to a surgery-only practice for a few more years. He had a special interest in obstetrics and gynecology and delivered more than 5, 000 babies! He was a beloved physician who truly cared for each of his patients. <br>Grant's service to others did not stop in the doctor's office. As President of the Colorado chapter of the American Academy of Family Practice, he helped establish boards for family practice. He was a member of the committee which sought to bring a family practice residency program to Pueblo. He did volunteer work at a community clinic in the early 1960's which gave prenatal care and delivery to the medically indigent. He served as Chief of Staff at Parkview Hospital, chaired the Obstetrics & Gynecology Department at Parkview, chaired the Family Practice Department at both Parkview and at St Mary-Corwin Hospital, and served as President of the Pueblo County Medical Society. Perhaps his favorite was serving as the regional Health and Safety Officer for the Boy Scouts of America. <br>Not one to be idle, after retirement Grant wholeheartedly pursued his hobbies of training horses and working with his dogs for hunting and field trials. He loved being with his animals and being outdoors, but mostly he loved the special friendships he made along the way. <br>Survived by his wife of 55 years, Bev Hurley; one son, Dr. Grant Allen (April) Hurley of Monte Vista, Colo.; two daughters, Kris Hurley of Pueblo and Karla (Dan) Clader of Montrose, Colo.; his dog, JJ; grandchildren, Erin (Jason) Burns, Elly and Joe Naill, Megan, Kelsey and Will Hurley, Emily and Hannah Clader; great grandsons, Dedric and Archer Burns; two brothers, Dr. Lloyd (Chris) Hurley of Albuquerque, N.M., and Dr. Robert (Martha) Hurley of Monte Vista, Colo.; numerous nieces and nephews and their children. Preceded in death by his parents, and one brother, James M. Hurley. <br>Grant was a man of faith and never tired of spending time in God's creation. His mother's legacy of Christian faith lives on through Grant's life and in the hearts of his family. <br>Grant was a friend to all and was not concerned with social status. He is remembered for the lessons he taught by his words and his actions: love of country; material things being not so important; perseverance to reach our goals and dreams; hard work; leaving things better than you found them; being of service to others; and above all the love and importance of friends and family. <br>There will be no viewing. Cremation, Montgomery & Steward Crematorium. Memorial service, 10 a.m. Monday, August 13, 2007, at First Presbyterian Church, 10th and Court, with the Reverend Dr. Mark Pumphrey and the Reverend Dr. Brad Munroe officiating. <br>In lieu of flowers, memorials may be made to the Therapeutic Riding and Educational Center (TREC), to the Boy Scouts of America, or charity of choice, through Montgomery & Steward Funeral Directors, 1317 N. Main St., Pueblo, Colo. 81003. Online condolences, www.montgomerysteward.com