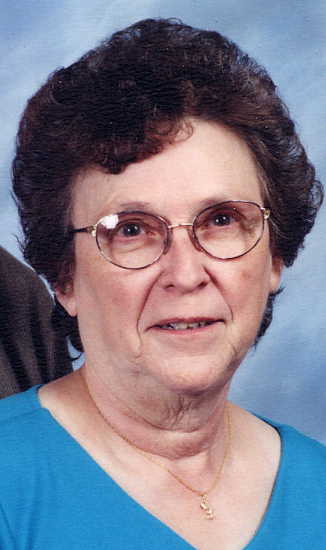 Grace E. Burke, 71, went to be with her Lord on November 27, 2002. Survived by her devoted husband, Glen Burke, of the family home; daughter, Karen Burke and grandson, Torrey of Bellingham, Washington; son, Dwight (Michelle) Burke and grandchildren, Danielle, Joshua, and Jacob of Greeley, Colorado; son, Hal (Devon) Burke and granddaughter, Logan of Pueblo; son, Ronald Burke of Pueblo; brother, Marvin Miles of Pueblo; and numerous nieces, nephews and other relatives. Preceded in death by her parents, Bert and Maude Miles; sister, Alice Selvidge; and brother, Duane Miles. Grace was born to Maude (Maiden name: Baker) and Bert Miles on March 27, 1931, in Pueblo, Colorado and was a lifetime Pueblo area resident. Grace and Glen were married on October 11, 1951, and celebrated their 51st wedding anniversary last month. Grace was a devoted member of First Presbyterian Church and was co-owner of Burke's TV Sales. She retired as a nurse from Sangre de Cristo Hospice, but continued to work there part time. She also volunteered selflessly for the Interfaith Hospitality Network. She loved animals and was a member of both the National and Pueblo Humane Societies as well as the Pueblo Animal Welfare and Protection Society. These words describe Grace: joy, hope, peace, love, faith, gentleness, non violence, courage to stand up against injustice, humanitarianism, daily acts of kindness, compassion and love, sensitive to the needs of others who are hurting, acting to relieve suffering, soften your heart, and humbleness. Most of all, she will be greatly missed. There will be no viewing. Funeral service will be held at 2:00 p.m. Sunday, December 1, 2002, at First Presbyterian Church, 10th and Court Street, with the Reverend Dr. Brad Munroe officiating. Interment will follow at Mountain View Cemetery. In lieu of flowers, those who desire may make memorials to either the Interfaith Hospitality Network or the Sangre de Cristo Hospice, through the funeral home.