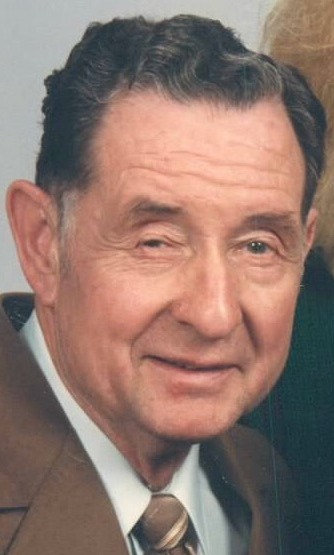 Glen D. Burke, age 90, passed away on February 14, 2017. He was born to Donnelly Lee Burke and Edith Florence (Major) on June 24, 1926 in Elwood, Nebraska. He moved to Trinidad, Colorado with his family when he was in high school and lived most of his adult life in Pueblo, Colorado. He is survived by son, Ron Burke of Pueblo; son Hal Burke (Devon) of Pueblo and granddaughter Logan of Fort Collins; son Dwight Burke (Michelle) of Greeley and granddaughter Danielle of Midland, MI and grandsons Jacob and Joshua of Greeley; and Karen Burke (Paula) of Bellingham, WA and grandson Torrey of Squamish, BC; sister, Patricia Tibke of Trinidad. He was proceeded in death by his parents; his wife, Grace E. Burke; his infant brothers, Chester and Maurice; and his sisters, Lola B Hoyt, Joyce B Cory, and Carol B Collins. From a young age Glen loved music and he played the trumpet in several dance bands in the 50's and 60's. He had a natural aptitude in electronics and served briefly in the Navy during WWII after being recruited into their electronics training program. He used his training and skills to open Burkes TV Sales and Repair in Pueblo in 1956. Glen was driven to make difference in the world. He volunteered for many years at the Pueblo Community Soup Kitchen. He was a founding member of the Pueblo Veterans for Peace, an active member of Pueblo County Democrats, a Board Member of the local Sierra Club, and an appointed member of the Pueblo Human Rights Commission. Viewing and visitation will take place at Montgomery & Steward Funeral Home located at 1317 N. Main Street, Pueblo, CO on Thursday from 3-5 p.m. Funeral Service will be held at Montgomery & Steward Chapel on Friday, Feb. 24, 2017, at 10:00 a.m. Interment, Mountain View Cemetery. Memorials may be made to the Sierra Club, http://www.sierraclub.org/rocky-mountain-chapter/sangre-de-cristo. Online condolences may be submitted at www.montgomerysteward.com.