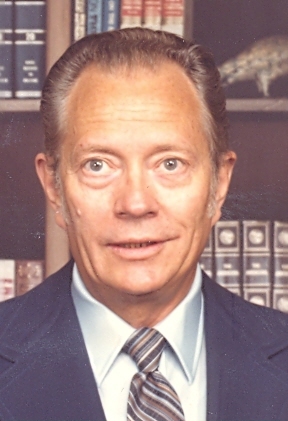 Gerald N. Moore, 85, found eternal rest on Oct. 11, 2014. Gerald 'Tuff' leaves his loving wife of 64 years, Freda J. Moore. He is survived by son, Dennis (Leslie) of Buena Vista, Colo., daughter, Rebecca Johnson (Mike) of Houston, Texas; niece, Donna Moore (Rod) of Penrose, Colo.; sister-in-law, Patsy (Sam) Pantleo of Pueblo; brothers-in-law, Joseph (Edith) Combs of Florence, Colo. and Robert (Pauline) Combs of Ninilchik, Alaska; step-granddaughter, Kristen (Eric) Rice of Amarillo, Texas; also numerous nieces, nephews and cousins. Gerald was a friend to all and well known and admired for his generosity and kindness. He was envied by many for his ability to accept with grace, life's trials and tragedies, while always maintaining his sense of humor and infectious laughter. Gerald was preceded in death by his parents, Gerald and Sophia Moore; brother, Donald; sister, Colleen; grandfather, Karl Koebel; and the light of his life, granddaughter, Erin Aubrey Johnson. Gerald was born April 19, 1929, in River Rouge, Mich. He was employed by Ideal Cement Company from April 5, 1950 to July 1, 1985 when he retired with accolades and appreciation for his loyal service to the company and fellow employees. He received an outstanding service award from the Pueblo Art Guild in 1991, and an exceptional service award in 1992. He was also awarded for Distinguished Community Service as Campaign Chairman for Fremont County Single Fund in 1969-70. While living in Florence, Gerald was active in his community and a devoted RE-2J School Board Member. Gerald was a Lifetime Member of both the Pueblo Art Guild and BPOE #90 Elks Lodge, as well as a valued member of the Fremont County Historical Society. During his lifetime, Gerald enjoyed numerous leisure activities, hobbies, and passions. Most of all he loved spending time with his family. He loved music and art, camping, fishing, hiking, exploring, traveling, and riding motorcycles. His spirit of adventure led him down many roads in his thirst for historical knowledge of his country and forefathers. Gerald will be greatly missed and never forgotten. He leaves behind a legacy of loyalty, unwavering devotion to family and friends, and a genuine spirit and compassion, which will remain eternally in the hearts of all who knew him and loved him. Viewing, 5 to7 p.m. Tuesday, Oct. 14, 2014, and service, 11 a.m. Wednesday, Oct. 15, 2014, both in the Montgomery & Steward Chapel, followed by the interment, 2:30 p.m. at Beaver Park Cemetery in Penrose. In lieu of flowers, memorials may be made to Sangre de Cristo Hospice or Fremont County Historical Society through Montgomery & Steward Funeral Directors, 1317 N. Main St., Pueblo, CO 81003. Online condolences, www.montgomerysteward.com